The Archangel, who is now portrayed by Christian Keyes, is 'a very different character than the one we met even in season 5,' says showrunner Andrew Dabb.

AceShowbiz - Bringing someone back from the dead is never a problem for "Supernatural", so it's no longer a surprise when it's revealed that Archangel Michael will return in season 13. Season 12 finale introduced a post-apocalyptic alternate reality and when the show returns, Sam and Dean will learn that Michael is alive in this alternate world.

EW has now got its hand on the first look at Michael's return. The character will now be portrayed by %cChristian Keyes%, but his physical appearance will not be the only difference that we will notice from the new version of the character.

"The Michael of apocalypse world is the victor," showrunner Andrew Dabb teases. "He's a very different character than the one we met even in season 5. He's Genghis Khan. He's been through the wars. He's conquered the world."

Dabb previously also confirmed that Castiel would return at some point in the upcoming season. "Death is not the end for Castiel," he told TVLine. He added though, "That being said, when we pick up our season he’s more dead than people usually get on our show. Castiel has a big role to play for us, but that may not be as soon as some people are hoping."

In the meantime, the Winchester brothers are on their own. "There's no one they can call," Dabb noted, "so our guys are a bit on their own, a little spun out, both emotionally and in terms of the plot."

Dabb also hinted that there would be more returning characters who will be played by new actors. "Even if it’s not played by an actor that we recognize, there are certain characters that are going to come back in different bodies," he said.

"Supernatural" kicks off the new season Thursday, October 12 at 8 P.M. on The CW. 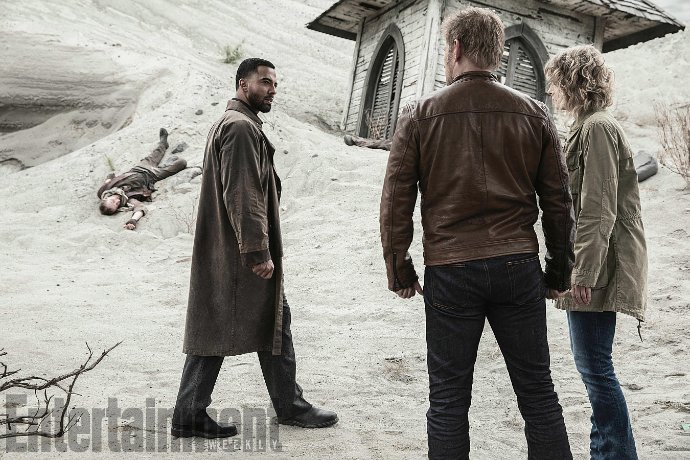