The 22-year-old model confirms that she'll be back to the runway for the 2017 Victoria's Secret Fashion Show by posting a throwback video of her in a lingerie on Instagram.

AceShowbiz - It's official! Gigi Hadid will join her little sister Bella Hadid at the 2017 Victoria's Secret Fashion Show as the former took to Instagram on Monday, August 28 to post a sexy throwback video and announce that she would be returning to the runway this year.

In the black-and-white video, Gigi was donning a lingerie as well as a pair of angel wings. She paired the look with thigh-high boots. The girlfriend of Zayn Malik seemed to be having fun as she could be seen twirling before striking a sexy pose for the camera.

"Forever and ever and ever a dream come true to be asked back to the VS Show !!!" Gigi wrote in the caption. "Thank you my friends @ed_razek @10magazine @johndavidpfeiffer @monica.mitro for another unforgettable opportunity; every aspect makes me feel like a dreaming kid again (as shown here at last year's fitting, by @jeromeduran)! @victoriassecret #VSFS2017."

Forever and ever and ever a dream come true to be asked back to the VS Show !!! 🙌🏼 Thank you my friends @ed_razek @10magazine @johndavidpfeiffer @monica.mitro for another unforgettable opportunity; every aspect makes me feel like a dreaming kid again 🕊🕊🖤 (as shown here at last year's fitting, by @jeromeduran)! ☁️ @victoriassecret #VSFS2017

Earlier that day, Gigi was spotted leaving the Victoria's Secret office in New York City. She looked in high spirits as she was smiling brightly while exiting the building. Gigi looked stunning in a lacy nude crop top which she paired with matching pants. She completed her look with a pair of nude mules. 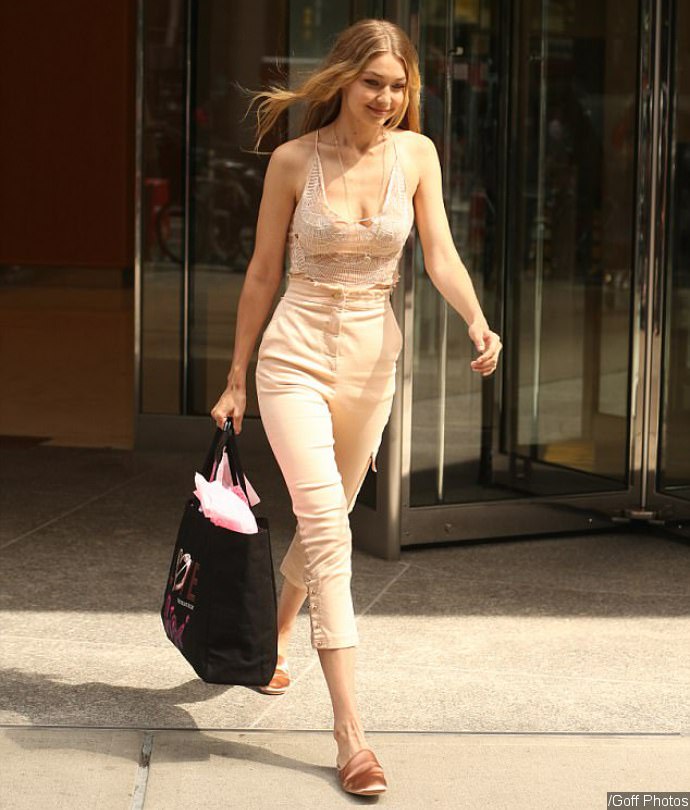 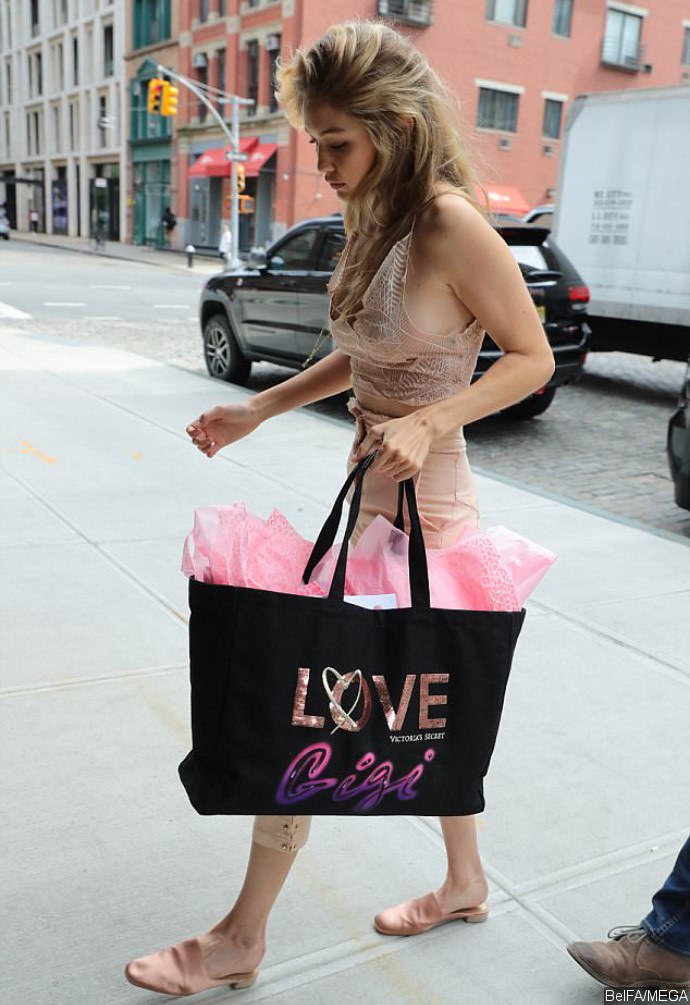 She previously revealed how it felt to be hitting the runway for the lingerie brand. "I put a lot of effort into just being positive this year - taking the pressure off myself and remembering to have a really good time," she revealed in an interview with Vogue. "That's been really cool for me, because it's been a way to take every second in and enjoy it."

Gigi then shared that she often gave Bella and pal Kendall Jenner tips. "It helps to be able to help someone else, because you get to remind yourself of your own tips," she said. "When the show is about to start, I'll probably be really nervous, but in rehearsal I was just excited and felt really, really good."