In the racy photo, the 'Amytiville: The Awakening' actress was sticking her tongue out while putting her hand on the musician's bare torso.

AceShowbiz - It seems like Bella Thorne and Blackbear are officially dating. After being spotted on a date a few weeks ago, the 19-year-old actress took to Instagram Story on Sunday, July 30 to post a photo of her cozying up to the "Rich White Girls" singer.

Bella was wearing a white lacy bra which she paired with matching pants. Her pink hair was tied into pigtails. She could be seen putting her hand on Blackbear's bare torso while sticking her tongue out. In return, the 26-year-old singer/songwriter wrapped his arm around her shoulders and stuck his tongue out, making their tongues almost touch. 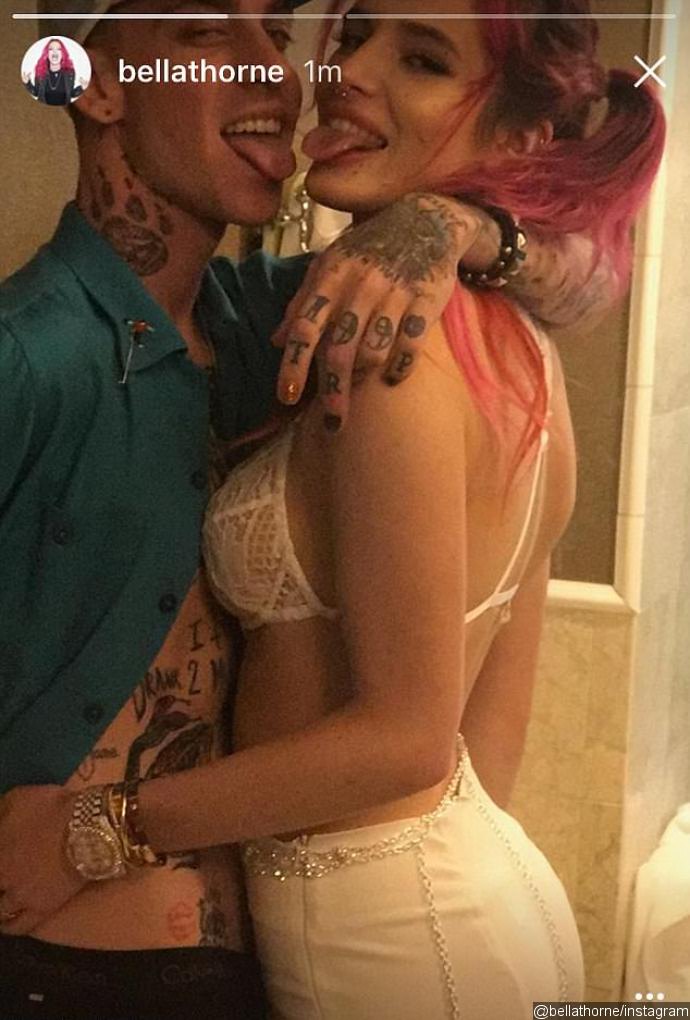 The "Famous in Love" actress also flaunted her ample assets in series of selfies she posted on Snapchat. In one of the photos, she struck a sultry pose for the camera, while another photo featured her suggestively licking her lips. 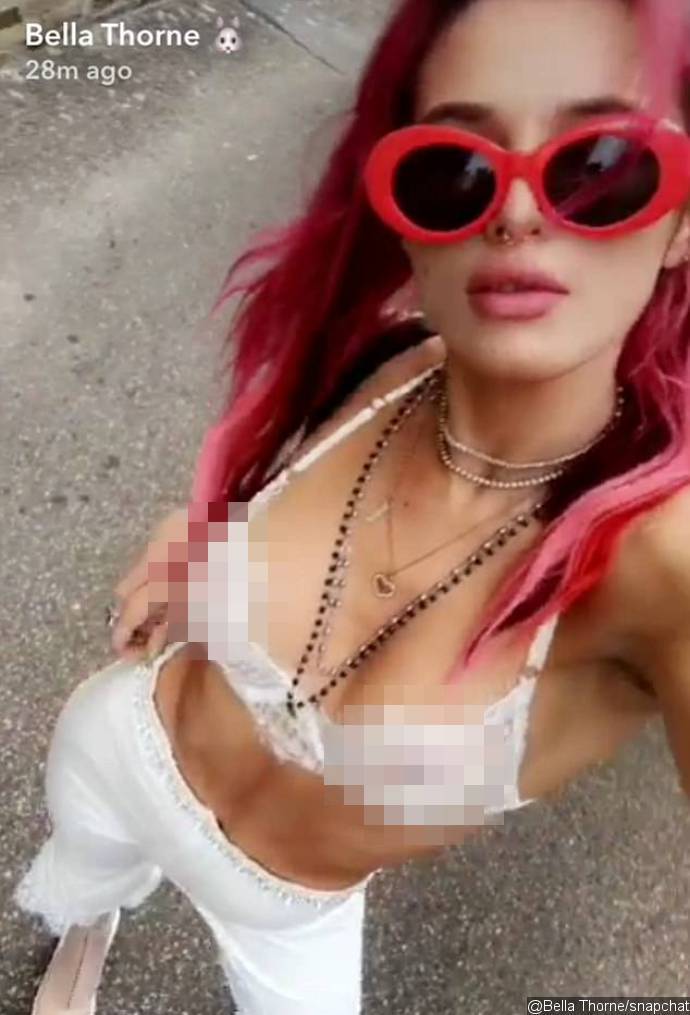 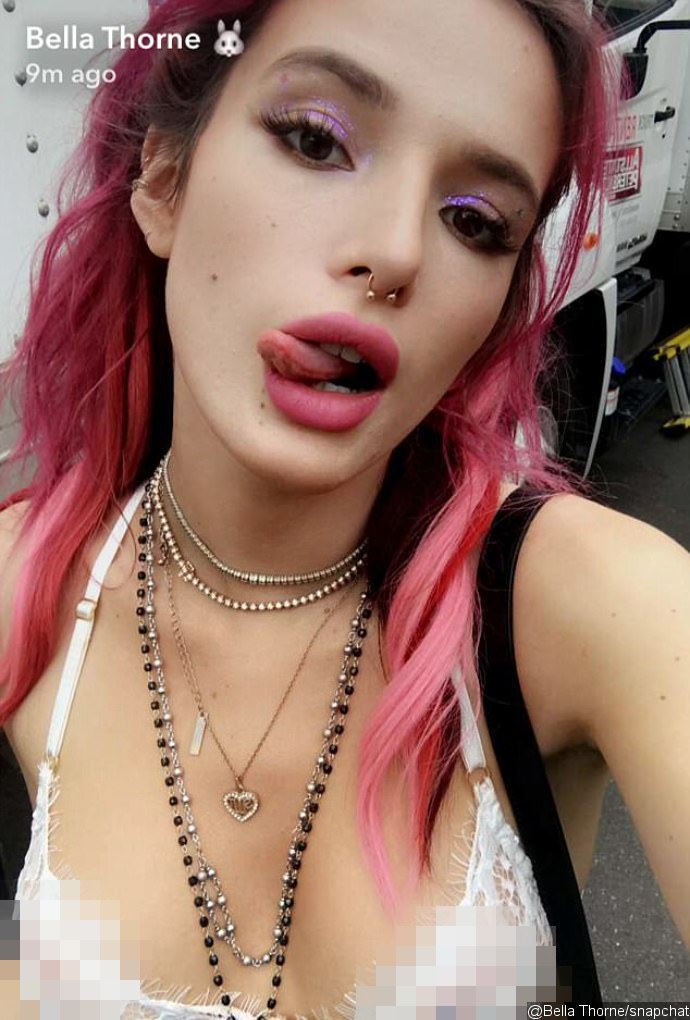 Bella previously revealed that she had a new man in her heart. "I have my eye on [someone]. I'm sure you'll figure it out soon enough," she teased, before adding, "Oh goodness. No, it's not Scott Disick." She then clarified that she and Scott are only friends. "I have absolutely nothing to say. We're friends. Deal with it," she explained. "People can be friends, it's a thing. It actually happens, so get over it, guys."

Bella and Blackbear sparked dating rumors after they were seen leaving The Filmore in New York City together. The two looked in high spirits as they were walking down the street while wrapping their arms around each other. Blackbear, who was disguised as DJ Marshmello at that time, was photographed staring at Bella with so much affection.