AceShowbiz - After FOX's upfront presentation in New York, the network has unveiled trailers for its new shows for the 2017-2018 season. They include the trailers for "Ghosted", "LA to Vegas", "The Orville" and "The Resident".

Comedy "Ghosted" stars %cAdam Scott% ("Parks and Recreation") as Max Jennifer and %cCraig Robinson% ("The Office") as Leroy Wright, a pair hired by The Bureau Underground to investigate paranormal activity in Los Angeles. The trailer sees the two in the middle of comical journey from being normal human beings to be paranormals.

FOX's new airplane comedy "LA to Vegas", meanwhile, stars %cDylan McDermott% as Captain Dave. The new comedy centers on the crew and passengers of a round-trip flight between the two titular cities, with people hoping to hit it big in Sin City. Also starring on the series are %cKim Matula% as Ronnie, %cEd Weeks% as Colin, %cNathan Lee Graham% as Bernard, %cOlivia Macklin% as Nichole and %cPeter Stormare% as Artem.

Created by and starring %cSeth MacFarlane%, "The Orville" is about the human and alien crew of an exploratory spaceship 400 years in the future. Seth plays the titular ship's captain on the new futuristic "Star Trek"-like series. His first officer happens to be his ex-wife, played by "Friday Night Lights" star %cAdrianne Palicki%.

Seth also serves as executive producer along with Brannon Braga, David A. Goodman, Jason Clark, Liz Heldens and %cJon Favreau% (pilot). "The Orville" will air Thursdays at 9 P.M. this Fall.

Medical drama "The Resident" follows Dr. Conrad Hawkins (%cMatt Czuchry%), one of the best doctors at Chastain Park Memorial Hospital. Charming, arrogant and only a third-year resident, Conrad does everything in the most unconventional way possible. The cast also includes %cAmy Holden Jones% ("Revenge") who will portray a character named Nicolette Nevin.

Along with Antoine Fuqua, David Boorstein, Oly Obst and Phillip Noyce, Amy executive produces the series. Just like "LA to Vegas", "The Resident" is set to air at mid-season. 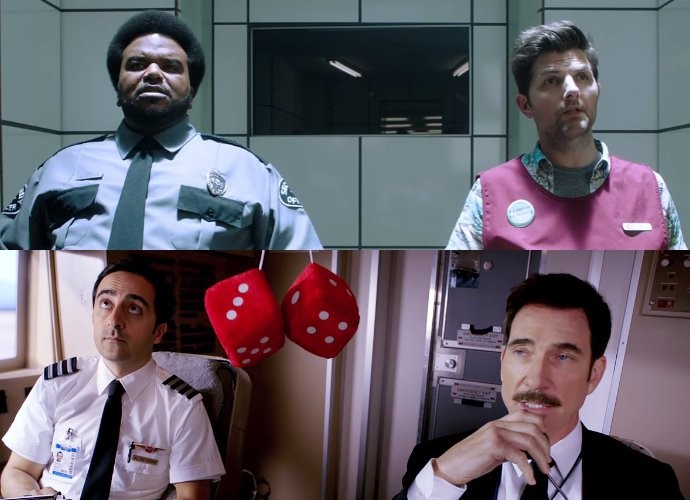