Syfy's 'Magicians' and Hulu's 'The Path' Renewed for Season 3

'The Magicians' is renewed for season 3 on Syfy ahead of its current season 2 finale, while the third season of cult drama 'The Path' will remain airing on Hulu.

AceShowbiz - Syfy has announced that "The Magicians" is renewed for another season on the network. The 13-episode third season renewal comes ahead of current second season finale, which is scheduled to air on Wednesday, April 19. The third season is expected to arrive in 2018.

Based on best-selling novels written by Lev Grossman, "The Magicians" chronicles Quentin Coldwater (%cJason Ralph%) and his group of 20-something friends. They enter an unfamiliar, beautiful but dangerous enchanted realm called Fillory where they need to use their novice magic skills to save the existence of magic.

The series is averaging 0.32 rating in the 18-49 demo and 810,000 viewers according to Nielsen live-plus-same day numbers. It indicates that the series manages to increase the viewers by 9.4|percent| in the demo and 4.5% in viewers from the first season.

Meanwhile, Hulu has ordered 13-episode third season for its cult drama "The Path". Starring %cAaron Paul%, %cHugh Dancy% and %cMichelle Monaghan%, the series is announced to be renewed on the streaming service on the same day as season 2 is made available on Hulu.

"The Path" follows members of a fictional cult known as Meyerism. A married couple, played by Aaron and Michelle, are struggling to hold their family together amid the controversial cult. Hugh, meanwhile, plays the charismatic leader.

Jessica Goldberg will once again serve as showrunner and executive producer for the third season. Jason Katims and Michelle Lee of True Jack Productions are set to executive produce. Meanwhile, Universal Television is the studio.

Christian Bale Is Confirmed to Play Dick Cheney in Biopic 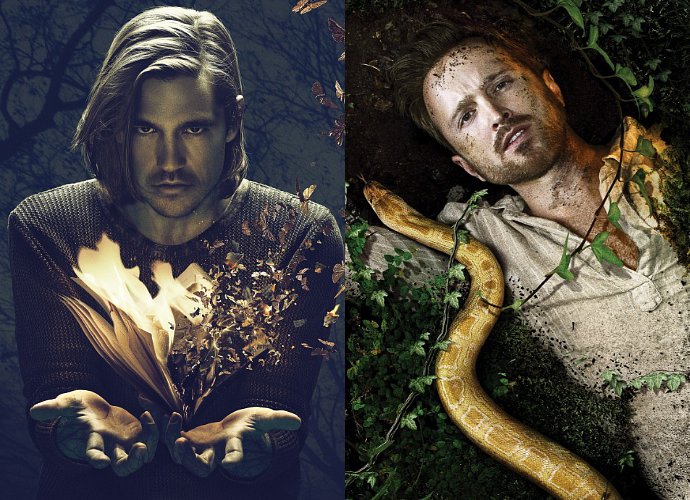 Syfy's 'Magicians' and Hulu's 'The Path' Renewed for Season 3