The actress reveals the secret behind the Netflix series, saying, 'No gimmicks, no prosthetics, just an awakening.'

AceShowbiz - Netflix has released new details about its upcoming comedy series "Santa Clarita Diet". The details are shared in a form of a fake advertisement with Drew Barrymore and Timothy Olyphant posing in the photos.

In the photos, Barrymore, sporting a red dress and red stilettos, is seen hawking a fresh bloody finger smoothie while Olyphant shows a clueless face. 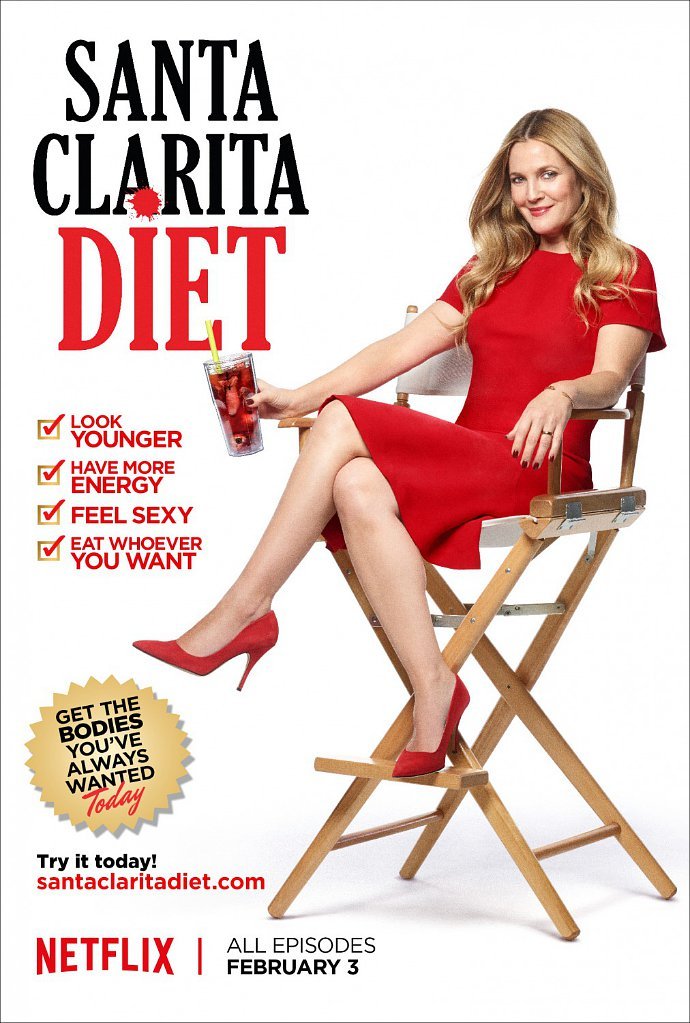 "Santa Clarita Diet" focuses on married realtors Joel (Olyphant) and Sheila (Barrymore) who live with their teenage daughter Abby (Liv Hewson) in the L.A. suburbs. The series seems normal enough until Barrymore herself clarifies that her character, Sheila, eats human kind! Later, Sheila and her husband must work together to keep her cravings under control while selling houses in Santa Clarita.

"What if she finds herself, and we do this sort of Cro-Magnon type of evolution with her over the course of the 10 episodes. No gimmicks, no prosthetics, just an awakening," Barrymore tells USA Today about the time when she asked series showrunner Victor Fresco whether her character's death could mark a dual transformation.

"I just really enjoyed just shedding a snakeskin with her, so it became a really fun obstacle that i wasn't even planning for but seemed so conducive and fun and healthy for my own life," the actress adds.

Meanwhile, the reason behind Sheila's death and rebirth isn't clear yet as Fresco says, "Presumably, she has been exposed to something - although we don't know what - which is making her feel a bit off." 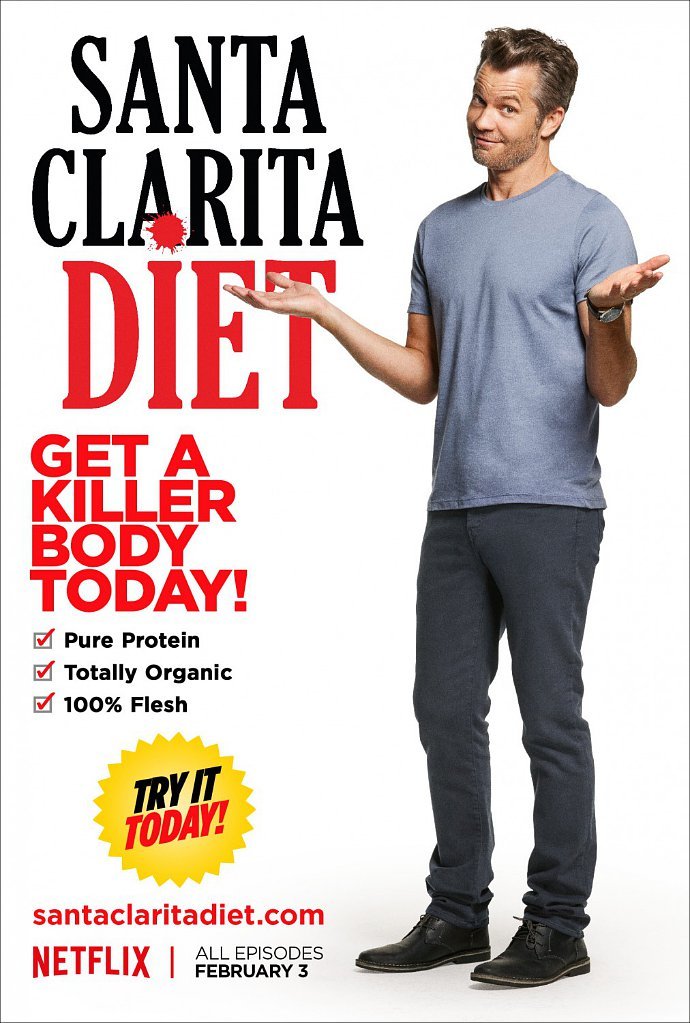