The 'Pretty Little Liars' actress threatens to sue website for posting her racy pictures and demands the photos be removed.

AceShowbiz - %cLucy Hale% broke her silence after her racy photos were exposed online. The "Pretty Little Liars" actress was topless in the pics, showing breasts, nipples and a rib cage tattoo of "Courage, dear heart." She issued a defiant sassy comment, refusing to bow down to hackers and their accomplices.

"Well, I wasn't going to comment on something so ridiculous, but since 2017 is gonna be all about speaking my truth...I'm going to say something. Once again, a woman in the public eye was violated, stolen from and her private life and body were exposed for anyone to see," she wrote on Twitter.

To her fans, she was grateful for their overwhelming support, "Thank you for all the sweet, supportive message I've been receiving. It was a much needed reminder that I'm surrounded by so much love. I appreciate you all very much."

"I will not apologize for living my life and having a personal life that is all mine. It's truly unfortunate that being exposed in this way is allowed," she said before concluding, "And to whoever did this ... kiss my ass."

The photos have since been removed after her lawyer threatened to sue the website. However, the site continued to taunt her with a crude comment, telling her that she should thank them for "drawing attention to her leaked nudes, as we significantly increased her public profile which will no doubt lead to her getting better roles in hopelessly depraved heathen Hollywood."

Lucy Hale Reveals She Has Been 'Taken Advantage of' While Intoxicated 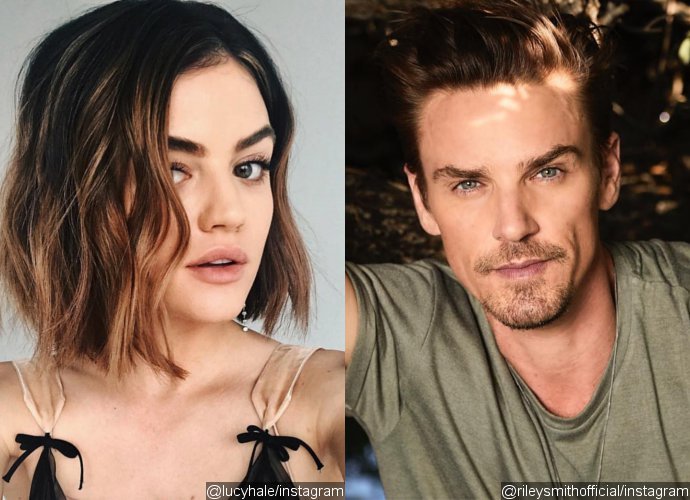 Lucy Hale Alludes to Personal Sexual Assault Experience in Cryptic Message: 'This Needs to Be Heard'