The 'Keeping Up with the Kardashians' star flashed her nipples in a white wet tank top and sexy corset as she promoted her newest Lip Kit shade.

AceShowbiz - Kylie Jenner has the sexiest way to promote her cosmetic brand. The "Keeping Up with the Kardashians" star flashed her nipples and flaunted her amazing curves for a sexy photo shoot to promote her new dark blue Lip Kit shade.

The 18-year-old star uploaded on Instagram a photo of herself wearing a wet sheer tank top, which gave a peek at her nipples, and a black sexy corset. She posed seductively while closing her eyes and putting her hands behind her neck. "are you guys ready for MAJESTY? 6/16," she captioned the racy snap. 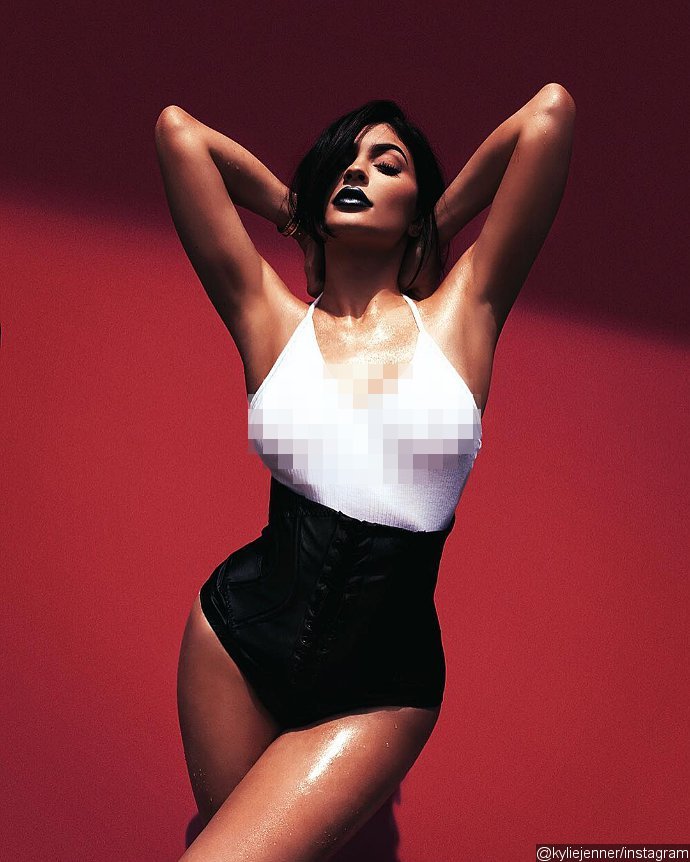 Kylie's mom Kris Jenner helped her promote the new product by posting a close-up photo of her daughter wearing the dark lipstick. "Wow Kylie!!! I'm so proud of everything you've accomplished [email protected]!! And there are so many amazing things to come!#followyourdreams #kyliecosmetics #repost @kyliecosmeticsMAJESTY 6/16," so read the caption of the picture.

She let him drive her car as they took some Snapchat videos together. French was seen handing Kylie some red roses. "Aw, French. Stop! Stop!" Kylie said in the video when he surprised her with the flowers.