Made exclusively for Netflix, the action comedy follows a conman who tags his miserable friend along in the quest to start fresh.

AceShowbiz - If you get to do it all over again, would you fake your own death? That would be the question that %cAdam Sandler% imposes to his loser friend %cDavid Spade% in the red-band trailer of Netflix's action comedy "The Do-Over".

The two-and-a-half-minute trailer begins with Spade's profile as Charlie, a miserable family man who longs for a change in his life. His wish comes in the form of Max, his childhood friend and conman, played by Sandler. Charlie's life changes drastically when he gets roofied and Max arranges his fake death.

Sandler's Happy Madison production company made the film exclusively for the streaming giant. This is only the second film in a four-film deal, the first one being 2015's Western comedy "The Ridiculous Six". Steven Brill, who collaborated with Sandler in "Little Nicky" and "Mr. Deeds", directed the pic. 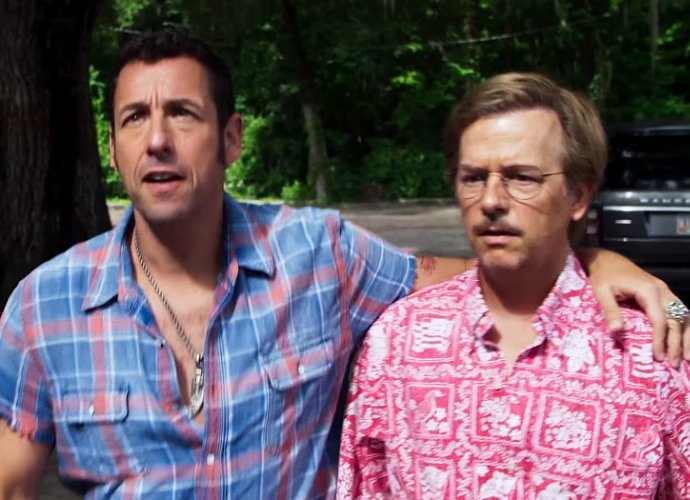