The upcoming movie sees Tarzan, who has moved to London for a gentrified life, being asked to go back to his home in the Congo to serve as a trade emissary of Parliament.

AceShowbiz - Following two official images that were debuted yesterday, Warner Bros. has released the first trailer for "The Legend of Tarzan". Unlike previous Tarzan movies, the upcoming movie sees the titular character (Alexander Skarsgard) having a gentrified life in London in the late 19th century with his wife Jane (Margot Robbie).

The two-minute video begins with some shots of African Jungle as someone says in voiceover, "The jungle consumes everything. It preys on the old, the sick, the wounded. It preys on the weak, but never strong." It then continues with the first look at Captain Leon Rom (Christoph Waltz) along with his armies.

After showing some footage that features the origin story of the Lord of the Jungle, in which he is raised by apes, the video then shares more intriguing scenes like the ones that include Samuel L. Jackson's character as well as Robbie's Jane having a conversation with Rom.

In the upcoming movie, John Clayton III, Lord Greystoke a.k.a. Tarzan is asked to go back to his home in the Congo for a diplomatic mission. However, he ends up being a pawn in a deadly convergence of greed and revenge, masterminded by the Belgian captain.

Additionally, the studio released a new poster featuring Skarsgard's title character and an ape side by side. 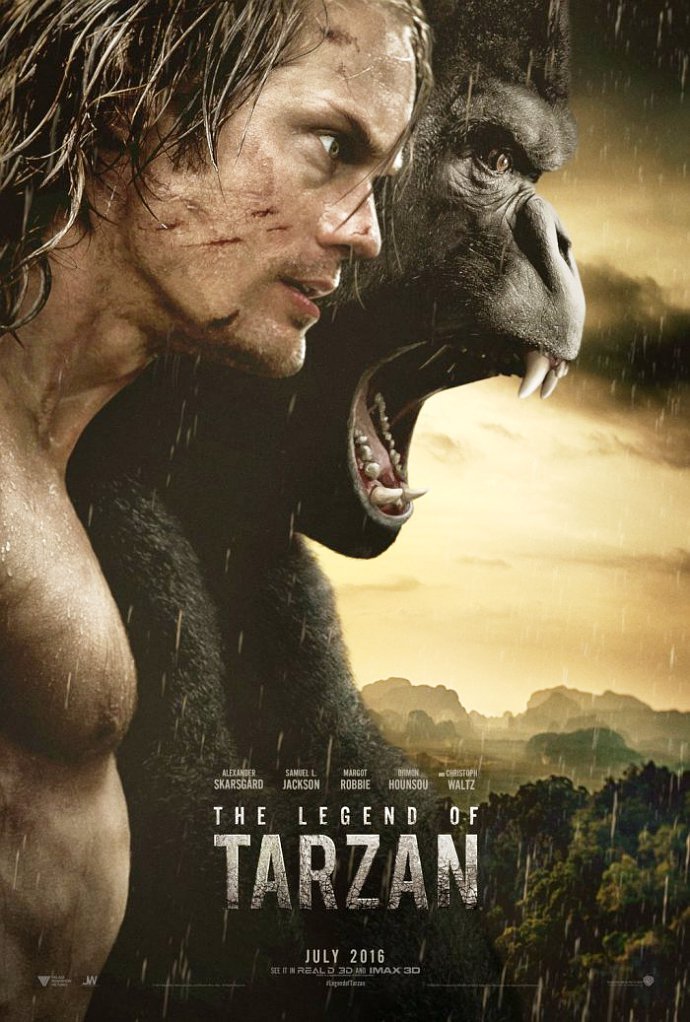 Directed by David Yates, the adventure movie will hit U.S. theaters on July 1, 2016.