With 26 new titles to be enshrined at The GRAMMY Museum in L.A., the Hall has currently a total of 1,013 recordings.

AceShowbiz - The Recording Academy's Grammy Hall of Fame has announced a total of 26 new titles to be inducted to The GRAMMY Museum in L.A. Among those are %cBlondie%'s "Heart of Glass", %cGrateful Dead%'s "American Beauty" album, %cFleetwood Mac%'s self-titled 1975 album, %cThe O'Jays%' "For the Love of Money" and %cJoe Cocker%'s "You Are So Beautiful".

Blondie's lead singer %cDeborah Harry% tells Billboard, "It's very nice to be included in such incredible company. 'Heart of Glass' has lived through quite a few incarnations, and now to become a part of history is just perfectly delicious." %cEddie Levert% of The O'Jays adds, "It makes us feel very blessed and excited that after so many years our music still brings joy to fans around the world."

With the addition of 26 new titles, the Hall has currently a total of 1,013 recordings, including singles and albums of all genres that are at least 25 years. Neil Portnow, President/CEO of The Recording Academy, says in a statement, "The Recording Academy remains dedicated to celebrating a wide variety of great music through the decades."

"Spanning more than 50 years, the 2016 GRAMMY Hall Of Fame entries are an outstanding collection, marked by both historical and cultural significance," Neil adds, "These works have influenced and inspired music fans for generations and we are proud to induct them into our catalog of distinguished recordings."

Joining the aforementioned inductees are %cThe Andrew Sisters%' "Don't Sit Under the Apple Tree (With Anyone Else But Me)", %cJohn Coltrane%'s "Lush Life" album, %cKool & The Gang%'s "Celebration", %cJimmy Buffett%'s "Margaritaville", %cRoberta Flack%'s "First Take" album and %cThe Zombies%' "She's Not There".

The upcoming 58th Annual Grammy Awards will take place on Monday, February 15, 2016 at the Staples Center in Los Angeles and is slated to air live from 8 to 11:30 P.M. ET on CBS.

Are Gwen Stefani and Blake Shelton Planning Thanksgiving Vacay Together?

Khloe Kardashian Cancels Book Signing due to Staph Infection. How Bad Is It? 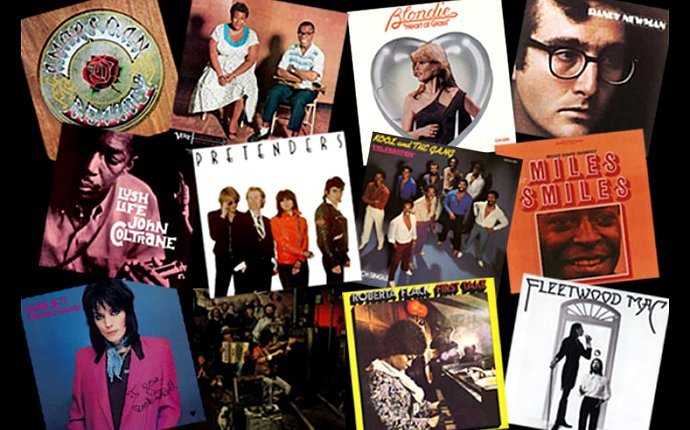