George Strait is among the first musicians to perform at the new Las Vegas Arena next year after he releases 'Cold Beer Conversation'.

AceShowbiz - %cGeorge Strait% is coming to the new Las Vegas arena next year. He is set to perform on April 22 and 23 and then to return to the venue on September 9 and 10, 2016. He will be among the musicians christening the 20,000-seat arena. %cKacey Musgraves% serves as his opening act.

"Las Vegas has been a big part of my country music career," Strait said in a press conference. "It's fun to play Vegas. ... The crowds are great and they come from all over the place, because there is so much to do here. A concert is kind of a bonus."

"I'm very excited to be coming back out and playing for the fans out there," he stated. "I'm really looking forward to it so much. Come April it'll be about a year and 10 months since I performed with my band ... It's gonna be exciting to get back out there again. I'm looking forward to singing those songs that I love so much."

George Strait also announced his new album. "Cold Beer Conversation" will be released on September 25 with a song of the same name as the first single. "I always say this, I think it's one of the best records I've done, and I always shoot for that. You've got to go in the studio thinking that way," he said. "I'm inspired to make music all the time. There's no particular inspiration for this record, other than going out and making the best record I can make." 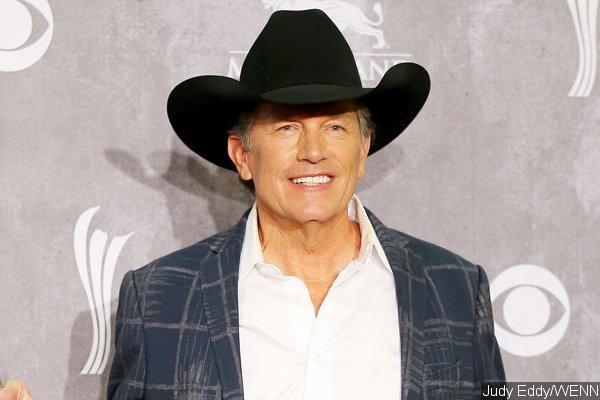