AceShowbiz - Kylie Jenner once again appears in a daring outfit. The 17-year old reality TV star stole the spotlight at the special screening of "Paper Towns" in Los Angeles on Saturday, July 18, as she wore a skin color outfit and a see through skirt flaunting her legs.

The youngest daughter of the Jenner-Kardashian family, who was rocking blue hair, wore a skin color bra top and bottoms. Kylie teamed up her ensemble with sheer thigh-high slit skirt and unbuttoned beige jacket, revealing her cleavage. She completed her look with golden necklace, bracelet and diamond rings. 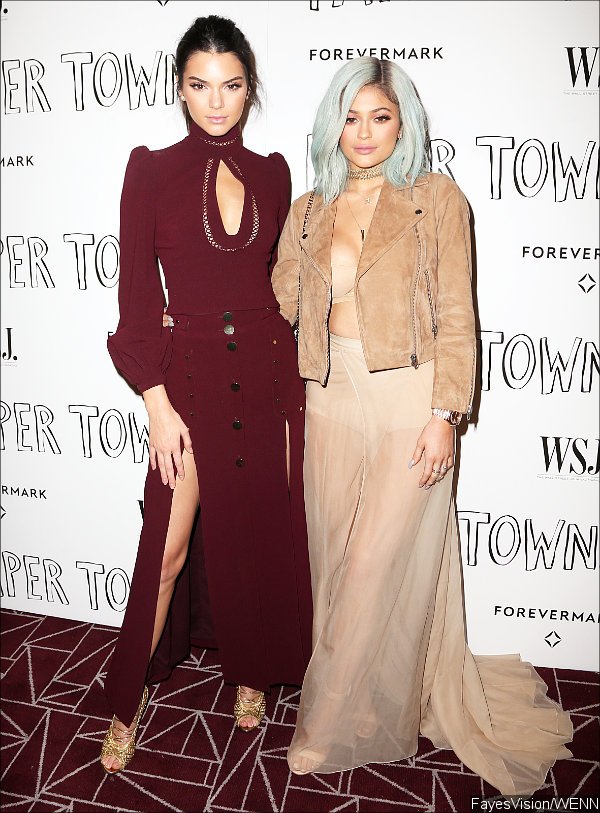 Kylie's elder sibling Kendall Jenner was also in attendance. The 19-year-old model looked pretty in a long sleeved maroon top with a keyhole neckline, flaunting her cleavage, and a thigh-high slit skirt. On the red carpet, Kendall struck a pose with one of her legs out, recreating Angelina Jolie's iconic pose. 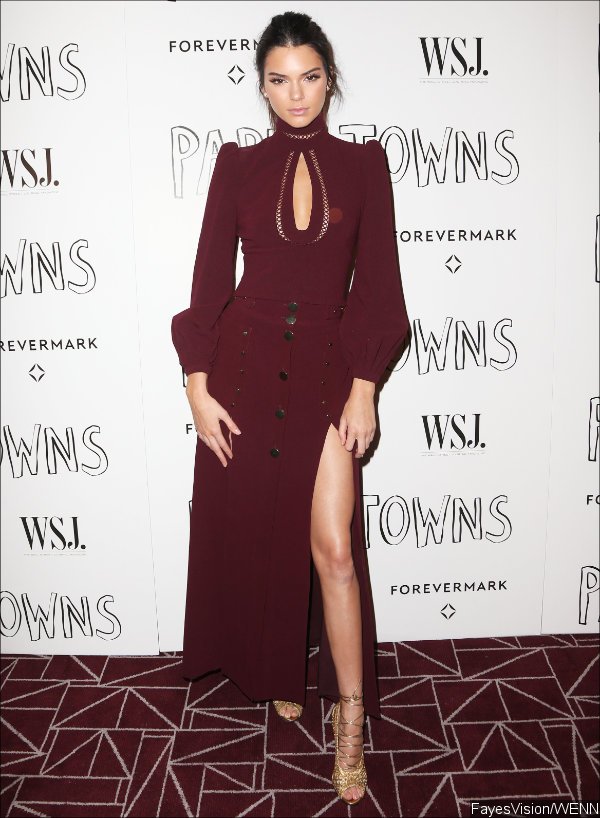 After the screening, the Jenner sisters partied with some pals including "Paper Towns" star Cara Delevingne at Nice Guy Nightclub in West Hollywood. At the party, Kylie and Cara performed a racy dance move. Kylie posted an Instagram video of herself and Cara licking their own thumbs and flirtatiously running them down their cleavages. A caption for the video read, "These didn't make it to Snapchat so here you are Instagram."

Meanwhile, Kendall and Cara appeared to get a little naughty themselves. In a picture posted by Cara on her Instagram account, the two were handcuffed to each other inside a game center while wearing casual clothes. Standing next to them was a man in a security guard uniform. 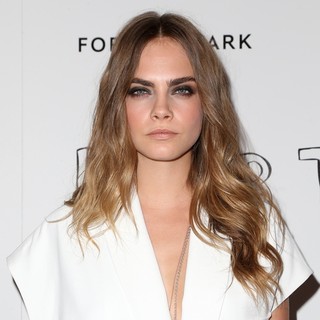 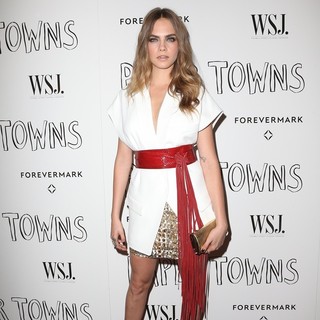 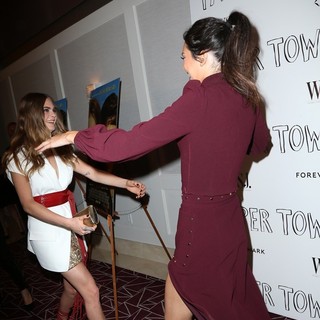 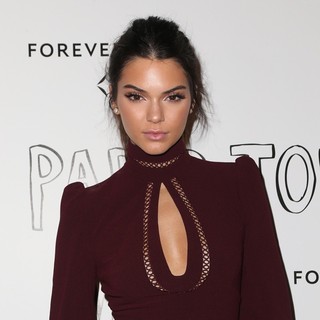 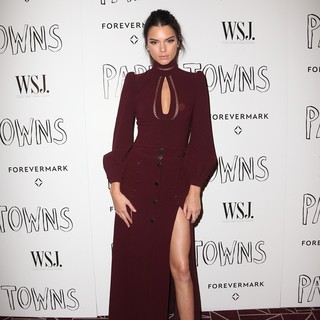 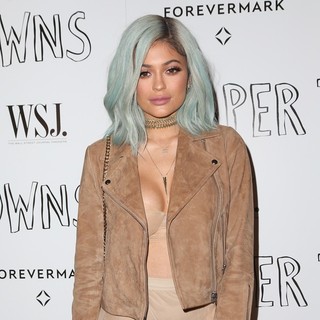 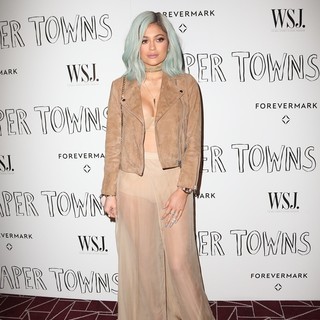 Artist of the Week: OMI