The film has also released a poster featuring Max the dog standing on what looks like a cliff.

AceShowbiz - Warner Bros. and MGM have released the first trailer for their upcoming big-screen feature "Max (2015)". The nearly 3-minute clip tells how the title character, Max the dog, has to deal with his handler's death by forming a new and close bond with his younger brother.

In addition to the trailer, a poster has been debuted. The poster features Max standing tall on what looks like a cliff. 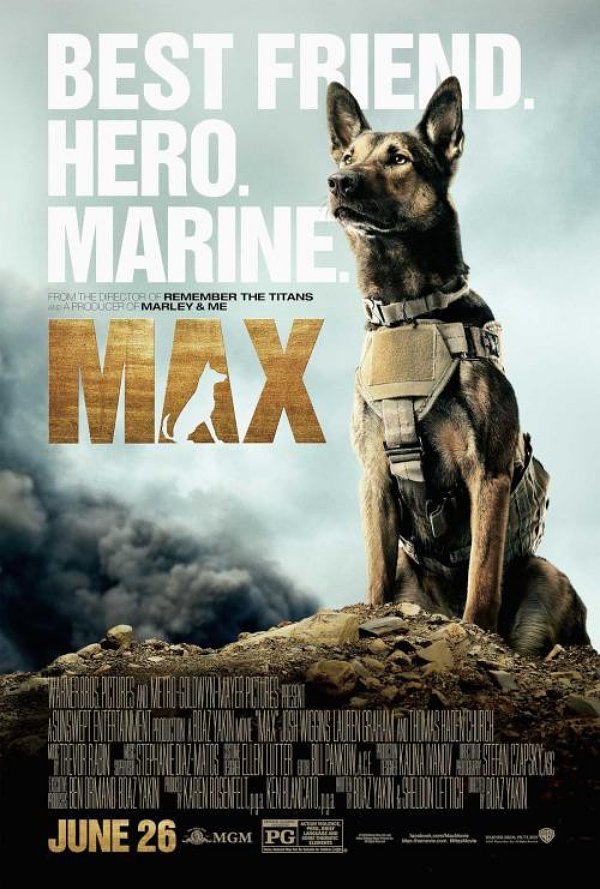 "Max" is based on a true story. The film's plot tells about "a military dog that is traumatized after his handler's death in Afghanistan and is sent home where it is adopted by the bereaved family. He bonds with the soldier's troubled 14-year-old brother, and together, they begin to heal one another and discover a secret about the soldier's death."

Among the cast supporting the film are Josh Wiggins, Lauren Graham, Thomas Haden Church, Robbie Amell, Luke Kleintank, and Jay Hernandez. The film will be hitting theaters in the U.S. on June 26.