The 41-year-old metal musician was rushed to a hospital in Des Moines on Wednesday morning, March 11 with a stab wound in the back of his head after intoxicated brawl with his brother Andrew.

AceShowbiz - %cSlipknot%'s guitarist Mick Thomson suffered a stab wound in the back of his head after intoxicated fight with his brother Andrew. Both Mick and Andrew were rushed to a Des Moined hospital on Wednesday morning, March 11.

Slipknot's lead vocalist %cCorey Taylor% did his own investigation after hearing the news and gave update to fans on Twitter later in the day. "In regards to the story about Mick, I'm doing the best I can to find out if he's alright. I'll get back to you later," Corey wrote, before adding, "Mick Update: from what I've heard he's okay. We're sendig him all your thoughts. Thank you for that."

According to Des Moines Register, Clive police said Mick and Andrew were fighting and armed with knives in the front yard of their house at 4:25 A.M. Their altercation first happened inside the house, but moved outside after it got physical. When cops arrived at the scene, they found Mick and Andrew, both apparently drunk, with "serious but not life-threatening life wounds." They were taken to hospital in separate ambulances.

Slipknot has upcoming "Prepare for Hell Tour" with %cHatebreed% in Fort Meyers, Florida on April 25. The band also has a major headlining tour called "Summer's Last Stand" which is scheduled to kick off July 24 in West Palm Beach, Florida.

Corey Taylor Gets Married, Shares Picture of His Blushing Bride 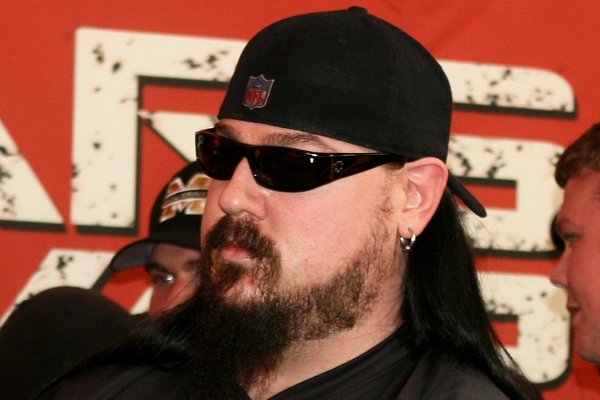