The 'Wrecking Ball' hitmaker posts her topless image in support of the Free the Nipple Campaign.

AceShowbiz - Miley Cyrus never hesitated to show her skin many times before, but this time she left nothing to the imagination by putting her breasts on full display in an Instagram picture. The former Disney darling did so to support of the Free the Nipple Campaign.

"Some lame ass deff gonna [flag] that but f**kkkkkkk it," she captioned the black-and-white picture which showed her resting her left arm across her bare chest. "#practicewhatchupreach #FreeTheNipple #FreedatShit." The image has been taken down from Instagram. 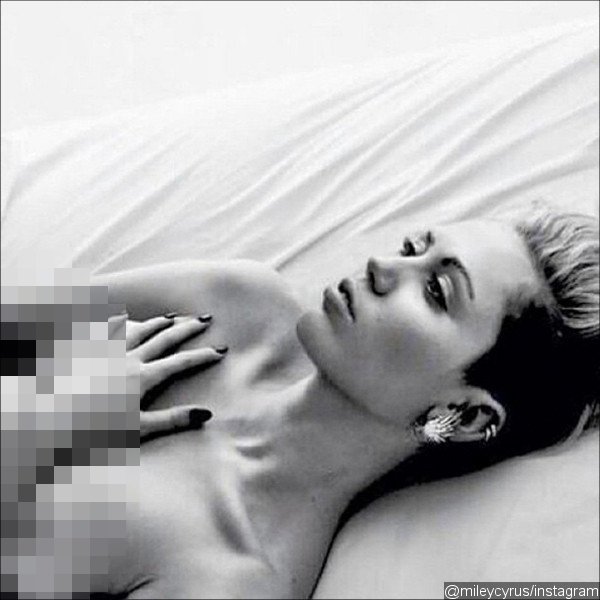 The "We Can't Stop" singer, who is currently dating Patrick Schwarzenegger, is one of celebrities who is against the site's policy that has been accused as "glorification of violence and repression of nudity."

Chelsea Handler is another star who has publicly showed her disagreement to Instagram nudity policy. Most recently, she posted on the photo-sharing site her topless picture taken on a snowy mountain during her vacation. She then followed it up with another NSFW image shared via Twitter.

'Wolf of Wall Street', 'Frozen' Among Most Pirated Movies in 2014