Jennifer Aniston on Kim Kardashian's Butt-Baring Photo: 'I Was an Original'

Aniston talks about the headline-making shot during the premiere of 'Horrible Bosses 2', saying that she did similar shot back in 1996 for Rolling Stone magazine.

AceShowbiz - Jennifer Aniston had a booty-baring photo shoot "way" before Kim Kardashian did it on Paper magazine. The "Friends" alum recalled the photo shoot with Rolling Stone magazine in 1996 during the premiere of her new flick "Horrible Bosses 2" at the TCL Chinese Theatre on Thursday, November 20 in Hollywood.

"That was way before Kim K did it," Extra's Renee Bargh said. "Way, yeah. I was an original," Aniston replied. When Bargh commented she was a pioneer, Aniston replied with a laugh, "Right. Sorry Kim K." 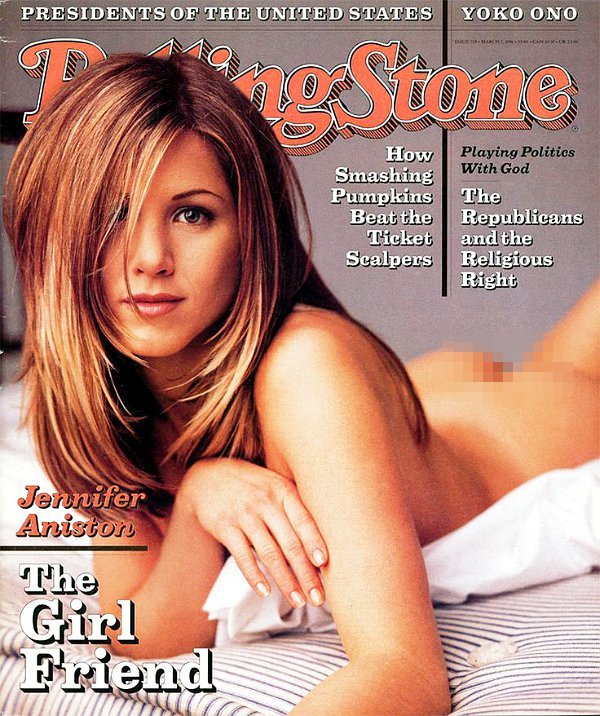 Aniston looked lovely in a black-and-white piece by Zuhair Murad at the event. Showing off her legs, she completed her look with a pair of Christian Louboutin shoes, a bracelet from EF Collection and some other jewelry by Jen Meyer. Her co-stars in the comedy movie, Jason Sudeikis, Chris Pine, Jason Bateman, Christoph Waltz and Charlie Day were also present.

"Horrible Bosses 2" hits U.S. theaters on November 26. Speaking to London Live's "The Evening Show", Aniston who plays sex-crazed dentist Julia Harris revealed she and her cast-mates, Bateman, Day and Sudeikis, "bombarded" Benedict Cumberbatch into starring in the follow-up, which has yet to be confirmed.

"I just flew on an airplane with him, we all did. We think we recruited him to be in number three as the new boss. He might have said yes and I don't think he knows it," she shared. "Could you imagine being on an airplane and being bombarded by the three boys and me and all of us going 'So you're going to be the new boss?' And I was like, 'He is?' Apparently he said, 'Yes, apparently I am.' He was very excited to sort of digress with us." Aniston added that she "would do anything to shoot the third film in London. Anything."

Beyonce's 'Ring Off' Arrives in Full, Is About Her Parents' Marriage