Clooney and his wife make their marriage official under Italian law after saying 'I do' for the second time at the Ca'Farsetti palace in northern Venice.

AceShowbiz - George Clooney and his wife Amal Alamuddin officially wed under Italian law after saying "I do" for the second time on Monday, September 30. The pair arrived at the Ca'Farsetti in Venice for the short ceremony at 1:25 P.M. local time, Yahoo! reports. Alamuddin looked pretty in a cream Stella McCartney pantsuit and a matching wide-brimmed hat, while the "Gravity" actor wore a gray suit.

Clooney and Alamuddin emerged from the building ten minutes later, rode a boat and left while smiling and waving at fans. When asked about how he felt after getting married, the star of "The Monuments Men" replied, "Nice!" while his wife said, "Amazing," according to PEOPLE.

Ben Affleck, who was not present at the wedding, told "Today" show's Matt Lauer that he missed the nuptials due to "Gone Girl" promotional activities. "Some of us have to work," he joked.

Following the weekend festivities, the wedding guests started leaving Venice on Monday. Crawford was seen at Venice Marco Polo airport wearing a beige sweater, a matching scarf and blue jeans while her husband Rande Gerber donned a black jacket over a blue shirt and jeans. Damon was seen walking hand-in-hand with his wife at the airport. Blunt and Krasinski also went back home on Monday.

"It was very emotional and lovely," Bono said of the ceremony when leaving the city. "The party was great. It's still going on ... in some people's minds." 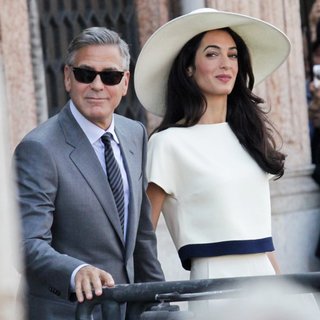 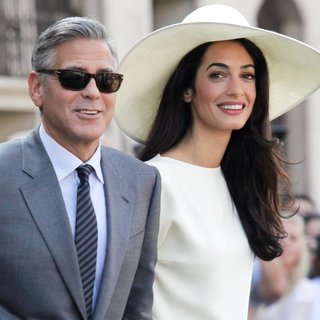 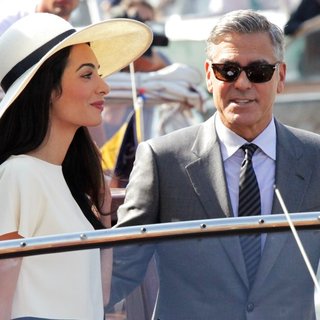