The performers and celebrities gave the much-needed mood lifters for Superstorm Sandy New York victims during the Thanksgiving parade on Thursday morning.

AceShowbiz - Macy's Thanksgiving Parade this year brought together yet another spectacle of stars and celebrities all joining in the holiday spirit. While humongous floats of all shapes and sizes strutted the streets of midtown New York, music artists like Carly Rae Jepsen, The Wanted, and Flo Rida entertained the spectators with their holiday rockin' performances on Thursday, November 22.

Canadian pop sensation, Jepsen, gave a crowd-pleasing rendition of her track "This Kiss" while keeping warm in a royal blue coat and a cute pair of fitting red pants. The singer, who just turned 27 the day before, rode a fall harvest float and tweeted, "Getting all bundled up for @macys parade!!! I'll be the girl dressed in blue with 5 layers of mittens and scarfs! Wave to me! #macysparade."

Meanwhile, British boy band, The Wanted had all the girls' eyes on them as they performed their single "I Found You" while atop a "Bridge to the Future" float from oil company and toy truck manufacturers Hess. "This is our first Thanksgiving so we're really happy to be here. [We're] just enjoying the whole vibe," said member Tom Parker during an interview with Al Roker.

Other notable performances during the parade came from rapper Flo Rida, who wore shades and a fedora while on a 30-foot float singing his dance hit "I Cry", and pop star Cody Simpson, who moved with his dancers to "Wish U Were Here". Alternative rock band Neon Trees also gave out a high-energy performance of their tune "Everybody Talks" while cameras swooned over the parade goers.

The Wanted "I Found You": 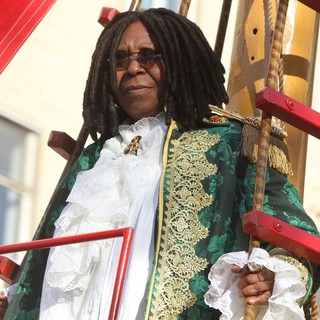 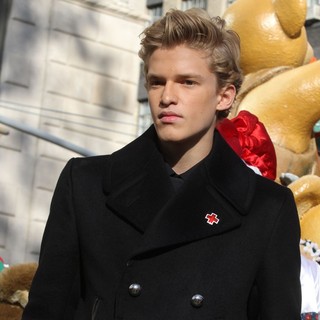 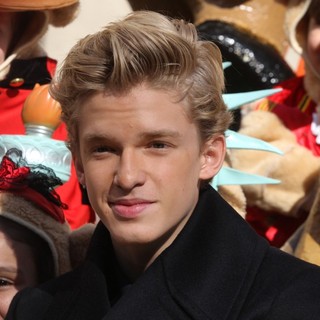 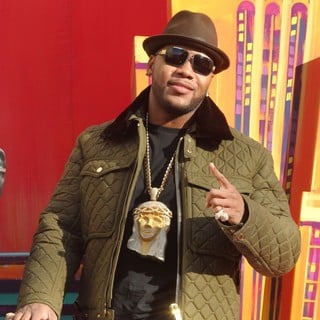 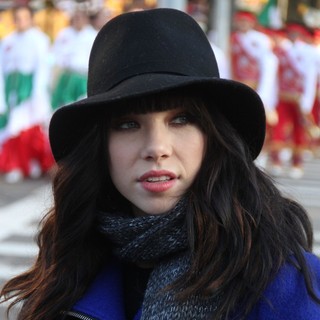