Lana tries to escape from the evil doctor, Sister Mary is up for something with Dr. Arden, and Sister Jude begs not to be sent away.

AceShowbiz - Lana has made her way out of Briarcliff, but she's not necessarily safe. In the next episode of "American Horror Story: Asylum", the reporter is still held captive by Dr. Thredson, who has just been revealed [SPOILER ALERT!] as the serial killer, Bloody Face.

As his identity has been unveiled, the origin of Bloody Face will also be addressed in the upcoming outing. He shares a few secrets with Lana, who tries to get away from his lair by breaking her chains.

Over at Briarcliff, there's new resident: a mysterious little girl who is abandoned at the asylum. Monsignor Howard makes a Faustian pact with Dr. Arden, who also recruits Sister Mary for something which sounds devilish. Meanwhile, Sister Jude begs the Monsignor not to send her away.

"The Origins of Monstrosity" will air Wednesday, November 21 at 10 P.M. on FX. Creator Ryan Murphy tells Entertainment Weekly that the episode will reveal the backstories of several characters, including Thredson, Arden and the Monsignor. Meanwhile, Sarah Paulson teases that viewers may find out why her character Lana was chosen by the Bloody Face.

Now that Lana's in the hand of the Bloody Face, her future looks bleak. Dishing on her storyline, Murphy says, "She's gotta get the f*** outta there!... How is she going to escape? Wait til you see episode 8 and 9. I love the construction on it. You won't believe what happens to her is all I'm going to say." 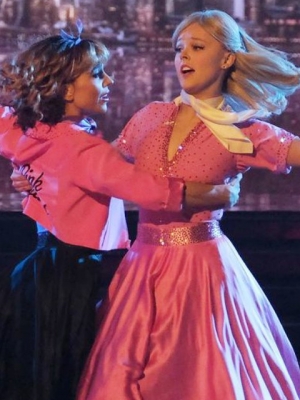 'The Masked Singer' Recap: Hamster Unmasked as Actor and Comedian