Justin Theroux Flashes a Ring on His Left Ring Finger

A friend of Theroux and Jennifer Aniston says it would be no surprise if the newly-engaged couple gets eloped.

AceShowbiz - It's only ten days since %cJustin Theroux% was engaged to %cJennifer Aniston%, but there's already rumors suggesting he might marry the actress without public knowing. The "Rock of Ages" screenwriter sparked such rumor after he's spotted rocking some bling on the ring finger of his left hand.

Theroux wore a casual t-shirt, jeans, black shades and biker boots when taking a stroll in SoHo, Manhattan on Sunday, August 19. The newly-engaged actor was all smiles, looking content and flashing a peace sign while greeting photographers during the outing.

While Theroux was in New York City, his fiancee Aniston was busy filming her new movie "We're the Millers" in Wilmington. She's reportedly spotted flashing a ring on her finger earlier in the day, but it's unclear whether the jewelery was a prop for her character or her real engagement ring.

In a newest issue of PEOPLE, friends of Aniston and Theroux admitted there might be a possibility that the couple eloped considering that the two were a private pair. The "Wanderlust" co-stars did manage to hide their engagement for two days before officially announcing it.

Theroux had been dying to pop the question and finally proposed to her during a dinner date at Blue Hill in Greenwich Village on August 10, which happened to be his 41st birthday. His proposal was "simple," but it's reportedly enough to make her crying tears of happiness.

This will be a second marriage for her, but the first for Theroux. She was previously married to %cBrad Pitt%, who is now engaged to %cAngelina Jolie%. After divorcing him, she was linked to some Hollywood stars including %cBradley Cooper%, %cVince Vaughn% and %cOwen Wilson%. 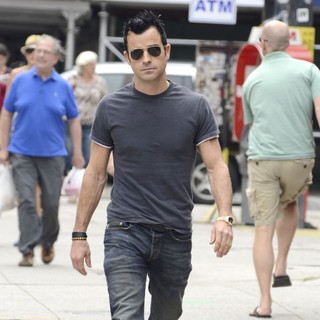 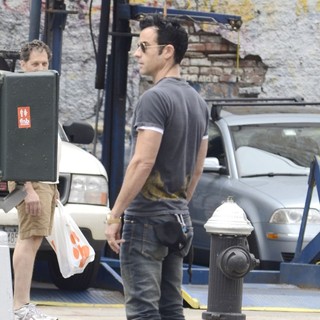 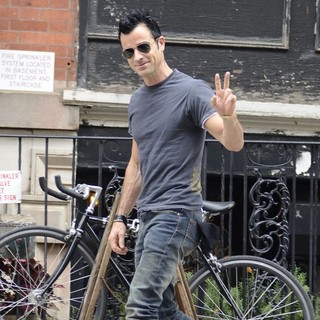 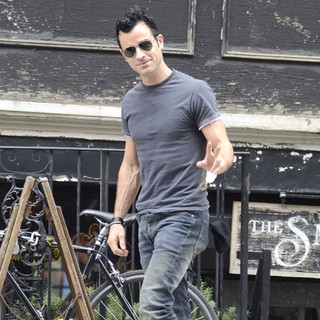