Being pictured on the set of the CW series, Meester's Blair rocks a strapless gown and a tiara while rushing into her wedding car without her groom.

AceShowbiz - Leighton Meester has been spotted slipping into a wedding gown to film "Gossip Girl" scene, but it's not like a wedding which some fans may have imagined for her character, Blair. Instead of looking happy, Queen B seems to be worried while she appears to be fleeing from a building where her nuptials takes place.

In other pictures obtained by INF Daily, Blair is seen running into the NYC street and hopping her wedding car without her groom, Louis. She dons a white strapless dress, which is not like the one belonging to her future mother-in-law, Princess Sophie Grimaldi, which she wore in the fifth season premiere.

While it's not clear what may cause Blair's anxiety, another spoilery detail of the upcoming 100th episode which features the royal wedding has been revealed. According to executive producer Josh Safran, Blake Lively's Serena will serve as Blair's maid of honor.

The said outing that will air in early 2012 additionally marks the return of Michelle Trachtenberg's Georgina, who might not be invited to the wedding. In other on-set photos, she is seen angrily throwing a newspaper which features a headline of Blair's royal wedding on the cover page. 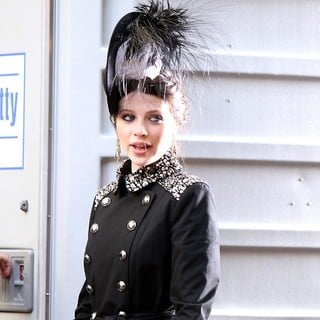 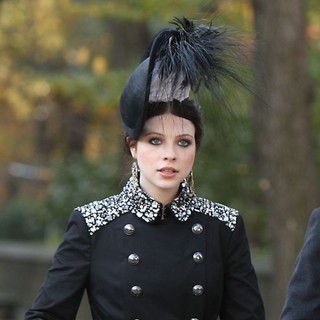 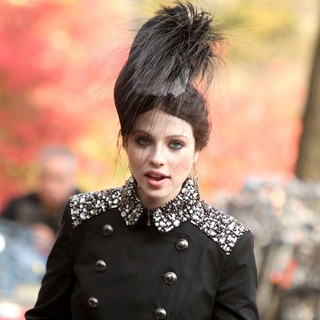 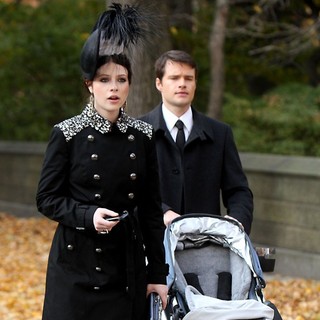