The late King of Pop's parents, Katherine and Joe, say, 'Justice has finally been served!', sister La Toya tweets, 'VICTORY!!!!!!', and brother Jermaine writes, 'Step one has been accomplished!'

AceShowbiz - After a complicated six-week trial, Dr. Conrad Murray was found guilty of involuntary manslaughter in the June 2009 death of %cMichael Jackson%. The Los Angeles jury reached the unanimous verdict on Monday, November 7 after almost nine hours of deliberation, and the late King of Pop's family couldn't be happier with it.

After the verdict was read, MJ's parents Katherine and Joe released a statement via TMZ. "We have been waiting for this moment for a very long time and we couldn't hold back tears of joy in the courtroom," the two said. "Even though nothing can bring back our son, justice has finally been served!" They added, "We can't wait to go home and share this day with Michael's children."

Katherine and Joe weren't the only family members thrilled by the verdict. Sister %cLa Toya Jackson% took to Twitter to express her joy by writing, "Victory!" She continued in a following tweet, "Michael I love you and I will continue to fight until ALL are brought to justice!", before posting, "Thank you EVERYONE for your love and support! It will ALWAYS be appreciated!"

One of MJ's brothers, %cJermaine Jackson% also took to Twitter to share his emotion. "Strong victory in court! Thank you all for your love and support," so he wrote. "Step one has been accomplished! We are ready for next!!" Meanwhile, family friend Reverend Al Sharpton told reporters he shared mutual feelings.

"Certainly I feel that more punishment could and should have been served but I am pleased that this jury didn't blame Michael for his own death," Sharpton told reporters. "I feel that Dr. Murray and others who benefited from Michael but didn't protect him got off relatively lightly. Michael lost his life and we lost one of the greatest entertainers that ever lived. I lost a friend and will never forget him."

Murray was convicted of involuntary manslaughter in MJ's death from an overdose of the anesthetic propofol. He faces up to four years in jail and the loss of his medical license. After being removed from the courtroom in handcuffs, the personal doctor is held without bail until he is sentenced on November 29. 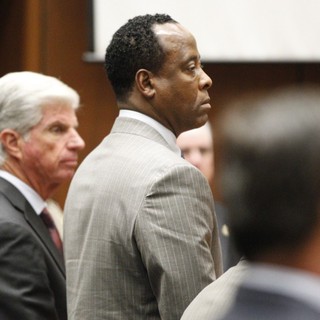 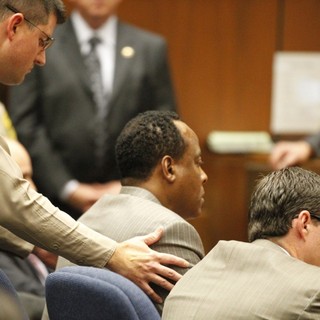 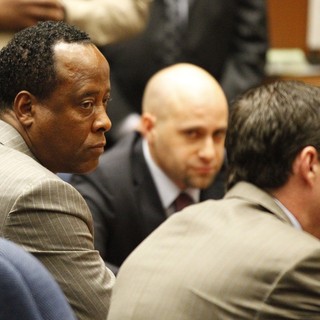