Around 30 guests including friends and family witnessed the couple tying the knot at Old Marylebone Town Hall.

AceShowbiz - %cPaul McCartney% is married for the third time. In a ceremony held at the Old Marylebone Town Hall on Sunday, October 9 afternoon, the former Beatle tied the knot to New York businesswoman Nancy Shevell who he has dated since 2007.

McCartney presented his bride with a vintage-style Neil Lane band which boasts 5-carats of square cut diamonds. The just married couple were greeted by photographers outside the Hall. He joked to the photographers and reporters, "What's going on? What are you all doing here?", adding that he felt "married".

Mr. and Mrs. McCartney would hold a party in the evening at his house. According to People, guests would be served with vegetarian food such as salads, polenta, tarts and dumplings. Posh Puds Patisserie provided two wedding cakes, one traditional and one vegan.

There will be another celebration in the States later this month. 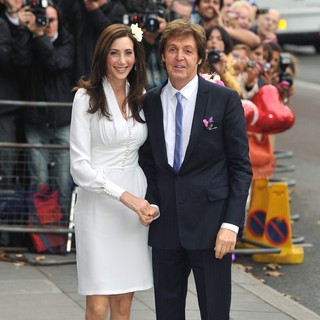 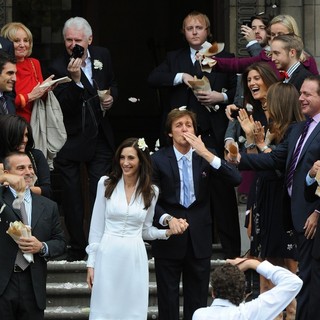 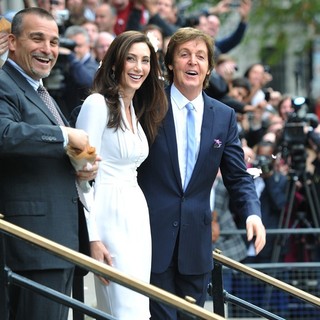 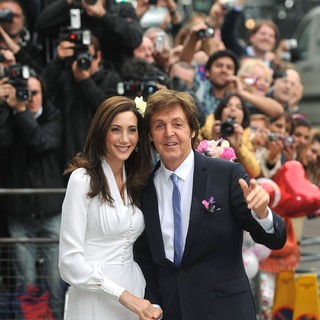 Police Conduct Investigation on the Death of Weezer's Ex-Bassist

'Real Steel' Knocks Down 'Ides of March' at Box Office

Paul McCartney Contacting Brian May Before Agreeing to Play Glastonbury