Although the 'S and M' singer has been sporting auburn locks lately, her newest wax figure unveiled at Madame Tussauds in Berlin, Germany still has her former fiery red hair.

AceShowbiz - Rihanna is once again being immortalized in wax. Madame Tussauds has on Monday, August 29 unveiled its latest replica of the "Only Girl (In the World)" hitmaker at its Berlin, Germany museum, but the new wax figure seems to be oozing a little outdated feeling because of its hairdo.

23-year-old Riri has been seen sporting auburn curls lately, but her wax likeness still has her fiery red hair. To be fair, the singer's replica did wear the plunging purple unitard with pink thigh-highs and platform red pumps from her music video for "Who's That Chick?" which saw her as a red head.

This is not the first time Riri got a wax treatment. The Bajan singer, who collaborated with Nicki Minaj for "Fly", has received a wax replica at Madame Tussauds museum in Washington, D.C. back in 2010. The original figure saw her with blonde locks and donning an all-black ensemble. 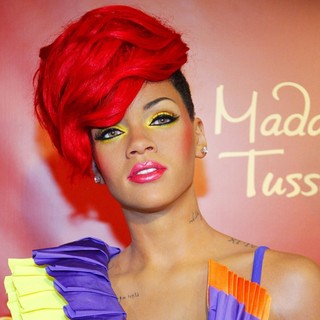 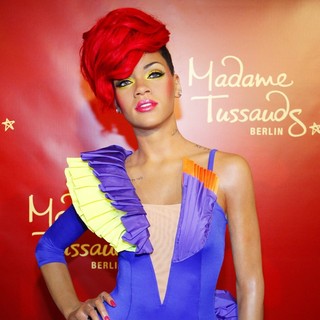 Behind the Scene: Nas Returns to Neighborhood to Shoot 'Nasty' Video