The new scenes highlight Banshee in action, while the new pictures see some other characters in full X-Men costumes.

AceShowbiz - New TV spot for "X-Men: First Class" has landed online. Though it mostly features scenes seen in the trailers, the new preview video still manages to give away some never-before-seen footage which shows Banshee using his power.

Beside the TV spot, more sneak peeks to the film have been provided in form of new stills. One photo exposes Jennifer Lawrence's Mystique, while the other shows James McAvoy's Charles Xavier and Michael Fassbender's Magneto in action. Both pictures unveil X-Men uniforms in full while previous photos only exposed the top part.

"X-Men: First Class" will chart the epic beginning of the X-Men saga, when Charles Xavier and Erik Lensherr were two young men discovering their powers for the first time. They were working together with other Mutants to stop Armageddon. In the process, a rift between them opened, which began the eternal war between Magneto's Brotherhood and Professor X's X-Men.

Beside Lawrence, McAvoy and Fassbender, January Jones, Zoe Kravitz, Kevin Bacon, and Lucas Till are taking roles in the film. Coming from director Matthew Vaughn, this sci-fi movie is scheduled to make its way out in the U.S. on June 3. 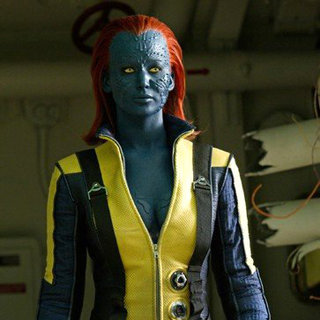 Official: Simon Cowell Out of 'The X Factor' U.K.