Shrek Gets Honored With Walk of Fame Star

The fictional ogre character is joined by 'Shrek Forever After' cast Mike Myers and Antonio Banderas on the Thursday, May 20 ceremony.

AceShowbiz - "Shrek Forever After" has not been released in the U.S. yet and its performance at box office has not been known, but DreamWorks has a reason to be proud. Their ogre character Shrek has received the 2,408th star on the Hollywood Walk of Fame on Thursday, May 20, just one day before the film hits theaters.

Representing the animated character was a guy donning a Shrek suit. He was accompanied by actors Mike Myers and Antonio Banderas, who provide their voices for the movie, as well as DreamWorks Animation CEO Jeffrey Katzenberg to receive the star.

"Having gone from the swamp to a star here on Hollywood Boulevard, I think he truly does represent the great Hollywood dream,'' Katzenberg said at the ceremony. "Like all great stars who are commemorated on this boulevard, Shrek is now surely and truly part of our culture. He is an ogre for all ages."

Shrek is not the first animated character who gets his name carved on Walk of Fame. Previously, the likes of Mickey Mouse, Snow White, Woody Woodpecker, Winnie-the-Pooh, Donald Duck and The Simpsons have also got similar honors. 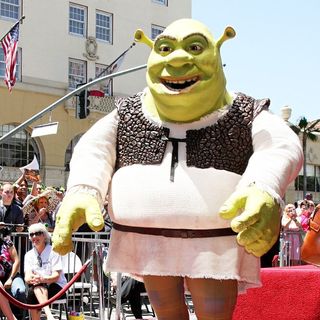 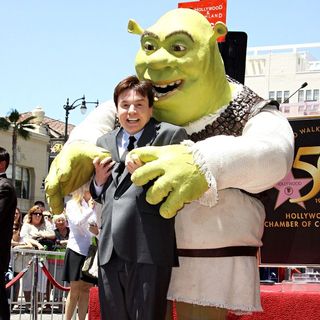 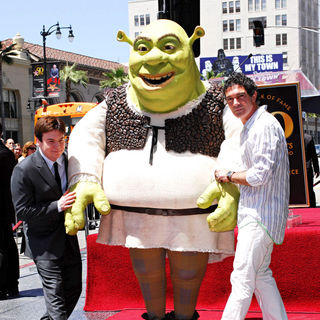 Joe Jonas Reveals Details of Solo Album, Kevin Is Also Keen to Do Side Project