'We were doing another show in the United States... but I got very bored, so I threw it away,' she told the crowd during the February 18 concert.

AceShowbiz - %cLady GaGa% has begun the U.K. leg of her Monster Ball tour Thursday, February 18 at the M.E.N. Arena in Manchester. A big illuminated catwalk was built on stage for her performances which were opened with %cSemi Precious Weapons% and %cAlphabeat%.

She opened the show with "Dance in the Dark" followed by "Just Dance" and "Beautiful, Dirty, Rich". An unreleased track called "Vanity" and a more familiar tune "The Fame" were then brought forward to treat her screaming Little Monsters.

Bringing a keytar and wearing black-and-white stripped outfit, GaGa sang "Money Honey". After performing "Telephone" live for the very first time on tour, she sat down behind the piano and delivered "Brown Eyes" verses. A while later, she changed her costume to a black leotard and invaded the stage with "Teeth".

During the gig, GaGa once told her U.K. devotees that she ditched a performance in U.S. to play in the country. "We were doing another show in the United States... but I got very bored, so I threw it away," she said. The Manchester show was closed with "Bad Romance" performance.

Lady GaGa can next be seen rocking Liverpool Arena on February 24 and London's O2 Arena two days later. When the U.K. leg is finished, she will head up to New Zealand, Australia and Japan for a series of concerts. More detailed info about her forthcoming show can be seen on her MySpace. 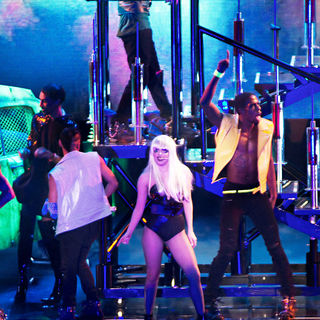 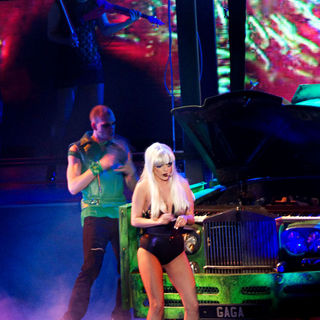 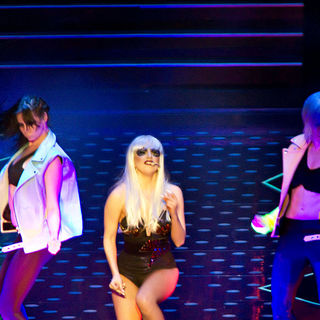 Lady GaGa Doesn't Remember When the Last Time She Bathed