Carmen Electra is snapped for a photo shoot, featured inside Playboy magazine, donning a black stuff in the form of Playboy bunny to cover her naked breasts and modesty.

AceShowbiz - The naked pictures of Carmen Electra for the January 2009 issue of Playboy have hit the Internet. On the cover of the men's magazine, the former "Baywatch" babe is photographed wearing nothing but high heels. She is seen in the shoot starring seductively into the camera with her right hand holding a black cloth to cover her breasts and modesty.

In one photo spread inside the publication, Carmen is seen exposing her body in what looks like a sea side. She bends both of her knees on the sand and has her hands supporting her naked body. A black stuff in the form of Playboy bunny is strategically placed on the front part of her figure to hide her nipples and private part.

The cover shoot and the photo spread can be seen on The Sun.

Carmen first posed nude for the adult magazine 13 years ago, featured as a Playboy centerfold in 1996 and proved so popular that she was asked back in 1997, 2000 and 2003. On her being featured on its January issue, she says "I started my career with Playboy Magazine; 1996 was the first time I shot here. I think there's a freedom in taking off your clothes and posing."

These Celeb Couples Stayed Together Despite Troubled Relationship 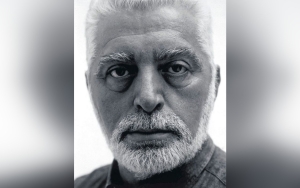