Set against the futuristic landscape of totalitarian Britain, "V For Vendetta" tells the story of a mild-mannered young woman named Evey (Natalie Portman) who is rescued from a life-and-death situation by a masked vigilante (James Purefoy) known only as "V." Incomparably charismatic and ferociously skilled in the art of combat and deception, V ignites a revolution when he detonates two London landmarks and takes over the government-controlled airwaves, urging his fellow citizens to rise up against tyranny and oppression. As Evey uncovers the truth about V's mysterious background, she also discovers the truth about herself -- and emerges as his unlikely ally in the culmination of his plot to bring freedom and justice back to a society fraught with cruelty and corruption. Based on the acclaimed graphic novel "V For Vendetta" by Alan Moore ("The Watchmen," "From Hell") and illustrator David Lloyd. 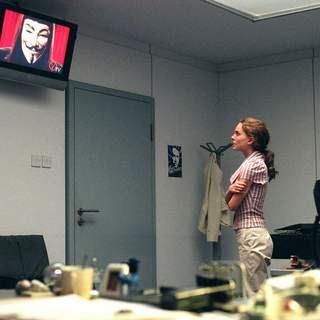 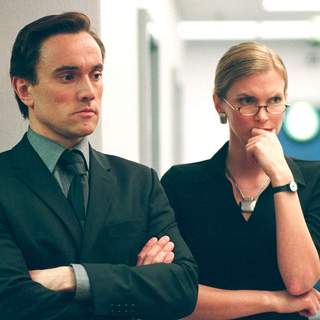 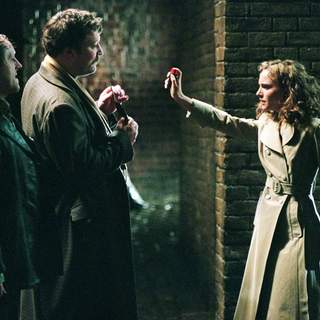 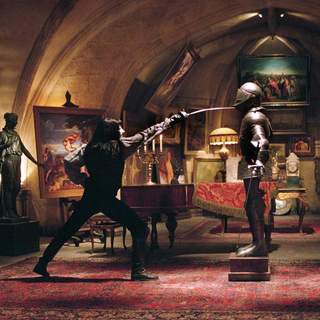 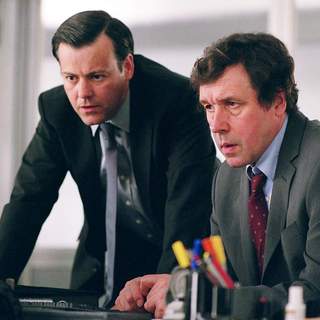 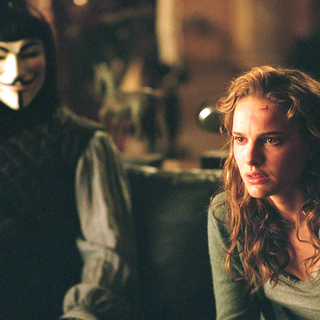 HUGO WEAVING as V and NATALIE PORTMAN as Evey in "V for Vendetta". Photo by David Appleby. 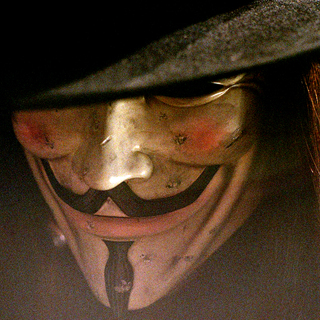 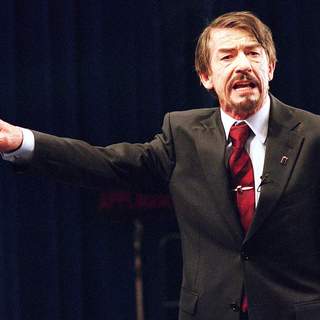