Small-time con man Nick DeMarco (Barry Watson, Hart of Dixie) is ordered by his parole officer to take a minimum-wage job as a department store Santa during the holidays... and he hates it. Near the end of his first shift, he hastily promises a young boy, Billy (Tucker Meeks), that Santa will bring his estranged parents back together by Christmas. When his sister Rosemary (Melissa Joan Hart, Melissa and Joey) hears this, she is livid and can't believe he would break a little boy's heart with an empty promise. After a long night of soul searching - and with the help of an insightful female pastor (Wendy Williams) - Nick decides to make good on his promise to the child, somehow. But after meeting the boy's mother Carol (Melissa Sagemiller, Law & Order: Special Victims Unit), will Nick ultimately choose to put the happiness of others ahead of his own? 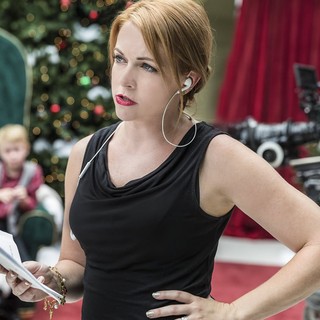 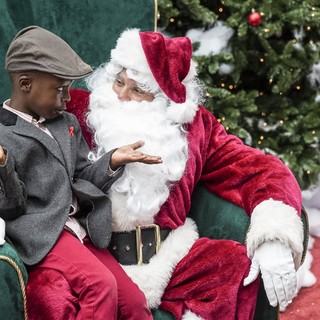 A scene from Lifetime's The Santa Con (2014). Photo credit by Ali Gilliams. 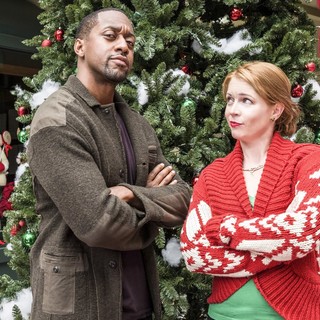 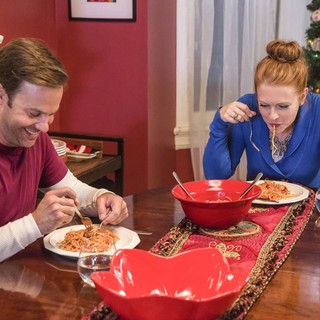 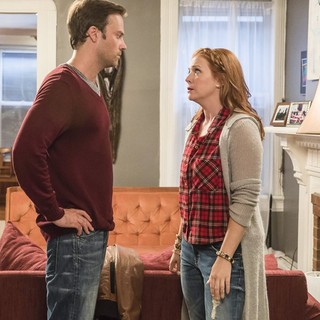