Alex Fletcher (Hugh Grant) is a washed-up 80s pop star who's been reduced to working the nostalgia circuit at county fairs and amusement parks. The charismatic and talented musician gets a chance at a comeback when reigning diva Cora Corman invites him to write and record a duet with her, but there's a problem—Alex hasn't written a song in years, he's never written lyrics, and he has to come up with a hit in a matter of days. Enter Sophie Fisher (Drew Barrymore), Alex's beguilingly quirky plant lady, whose flair for words strikes a chord with the struggling songwriter. On the rebound from a bad relationship, Sophie is reluctant to collaborate with anyone, especially commitment-phobe Alex. As their chemistry heats up at the piano and under it, Alex and Sophie will have to face their fears-and the music-if they want to find the love and success they both deserve. 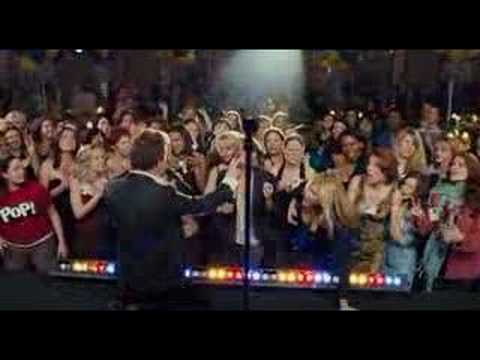