Katherine Heigl, who earlier this year got "Knocked Up" in the hit motion picture comedy from Judd Apatow, and nabbed an Emmy for her starring role as a surgical resident in "Grey's Anatomy," is always a bridesmaid but never a bride in the romantic comedy "27 Dresses." From the screenwriter of "The Devil Wears Prada," "27 Dresses" centers on Jane (Heigl), an idealistic, romantic and completely selfless woman... a perennial bridal attendant whose own happy ending is nowhere in sight. But when younger sister Tess captures the heart of Jane's boss -- with whom she is secretly in love -- Jane begins to reexamine her "always-a-bridesmaid..." lifestyle.

Jane has always been good at taking care of others, but not so much in looking after herself. Her entire life has been about making people happy -- and she has a closet full of 27 bridesmaid dresses to prove it. One memorable evening, Jane manages to shuttle between wedding receptions in Manhattan and Brooklyn, a feat witnessed by Kevin (James Marsden), a newspaper reporter who realizes that a story about this wedding junkie is his ticket off the newspaper's bridal beat.

Jane finds Kevin's cynicism counter to everything she holds dear -- namely weddings, and the two lock horns. Further complicating Jane's once perfectly-ordered life is the arrival of younger sister Tess (Malin Akerman). Tess immediately captures the heart of Jane's boss, George (Edward Burns). Tess enlists her always-accommodating sister to plan yet another wedding -- Tess and George's -- but Jane's feelings for him lead to shocking revelations... and maybe the beginning of a new life. 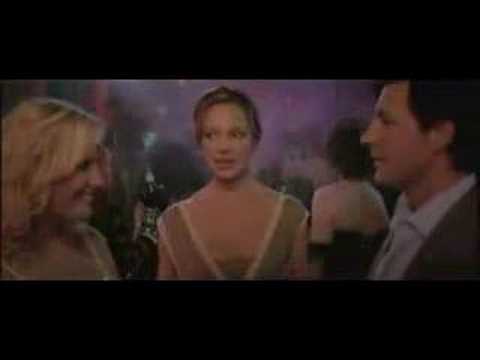