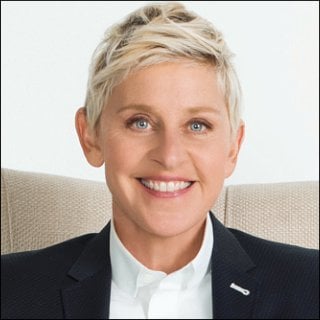 Dropping out from University of New Orleans after only one semester, Ellen Lee DeGeneres underwent various jobs ranging from waited tables, sold vacuum cleaners, painted houses, and worked as a legal secretary. In 1981 she took the job as an emcee at Clyde's Comedy Club in New Orleans, where her comedy skills were praised and likened to that of Bob Newhart. She toured nationally during the 1980s and was named the funniest person in America after winning a competition sponsored by Showtime. Better gigs lined to get her, with one of the most notables was appearance on "The Tonight Show Starring Johnny Carson" in 1986. Regular appearances followed afterwards, like in "% tThe Late Show with David Letterman%", "The Tonight Show with Jay Leno", "The Oprah Winfrey Show", "Larry King Live", and "Good Morning America".

Already having her own fan base, Ellen headlined her own sitcom on ABC "These Friends of Mine", which was renamed to "Ellen" in 1994. It was a flop though when in 1997 she openly admitted during an interview on "The Oprah Winfrey Show" that she was a lesbian. The show was cancelled after its ratings dropped, leading Ellen to again do stand- ups. In 2001, she attempted to make a small screen comeback with another series, titled "The Ellen Show", but was poor in rating and subsequently canceled. Her hard work and determination were paid off when in 2003 she launched her own daytime talk show, "The Ellen DeGeneres Show". In addition to a critical hit, the show was also a commercial success. It won a total of 15 Emmy Awards in its first three seasons being aired, making it the first talk show in TV history to win the Emmy Award for Outstanding Talk Show in its first three seasons.