Have you found your soul mate? Because, let's face it, these days it's not that easy. In a world where online dating shows millions of possibilities, they could walk right past you and you'd never know it. But thankfully, help is on the way. The gods of love are on the case. Turns out the Greek gods of myth and fable are alive and well... and living among us in Mount Olympus, just off Hollywood's Laurel Canyon. From Executive Producer Kevin Murphy ("Desperate Housewives," "Reaper," "Ed") comes Valentine, a story about what a rare, strange, and often hilarious thing love is -- a gift that brings out the divine in all of us.

Meet the Valentines, a family of Greek gods who've been watching over us throughout the years from their mansion high up in the Hollywood hills. Grace Valentine (a.k.a. 'Aphrodite') is the matron of the family... but don't let that fool you. She's as sexy and seductive as she ever was. Grace believes in the power of love, and strives make others believe, too -- a tall order in such cynical times. Her son, Danny Valentine (a.k.a. 'Eros') is a little more pragmatic. As the god of erotic love, he's traded in his bow and arrow for a magical gun that makes people temporarily fall in love. You see, Danny's all about the heat of the moment -- sex, passion, passing infatuation. He's cocky, a bit of a scoundrel, but his heart's in the right place. Helping him out is Leo (a.k.a. Hercules), the muscle of the family. Despite Leo's physical strength, he's not afraid to show his sensitive side. Leo's totally dedicated to the job, and acts as Danny's moral compass. Rounding out the team is Phoebe, the family seer. Though Phoebe appears to be an innocent young woman -- charming, funny, if a little odd -- she's really much older than the other gods. Phoebe runs the Oracle (of Delphi), a mysterious pool deep inside the mansion.

With Phoebe's guidance, the Oracle shows who a person's true soul mate is. It also shows the disastrous path that person's life will take if the gods fail to make a love connection. But locating the couple in question is the easy part. Actually getting them together requires a little more creativity. Our heroes, the gods, have to infiltrate the lives of potential lovers while keeping their own identities a secret -- and they never know what role they'll be asked to play. They can be plumbers one day, movie producers the next. It all depends on the whims of Fate. That's the way it's worked for hundreds of years...

... Unfortunately, times are changing. People are growing more jaded. The more they rely on instant messaging and speed dating, the less they believe in true love. And because of this, the gods' powers are weakening. In fact, it's gotten so bad that Grace has decided to take drastic action. She's enlisted the help of a mortal woman to aid in their work -- a woman named Kate Frost. Kate's a romance novelist, and though she hasn't had much luck in her own relationships, she believes in love with all her heart. Kate's idealistic and uncommonly resourceful. She balances out Danny's more impetuous side, despite being a constant source of irritation to him. But even Danny can't deny that Kate's special combination of blind faith and unusual insight gives the family new perspective on love.

And the gods need all the help they can get. If you think your family is complicated, imagine being stuck with the same band of misfits for thousands of years! They may think they're above the petty squabbles of men and women, but they're worse than any of us. With all the rivalries, affairs, and schemes, it's a wonder that any work gets done. And just wait until their relatives start showing up!

So that's how it goes. There are gods among us, masquerading as airline pilots, certified accountants, circus clowns... you never know what they'll come as next. But one thing's for certain: when they do, they won't give up until love conquers all. 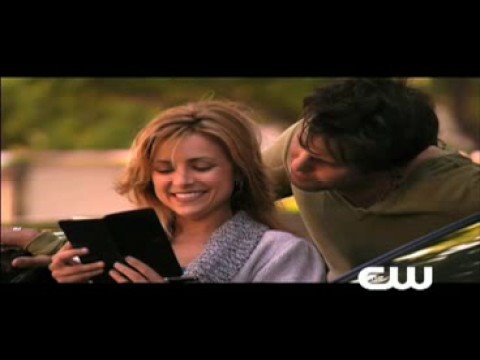