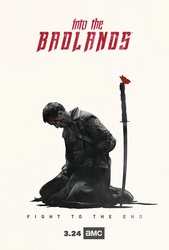 "Into the Badlands" is a genre-bending martial arts series very loosely based on the classic Chinese tale Journey to the West. In a land controlled by feudal barons, Into the Badlands tells the story of a great warrior and a young boy who embark on a journey across a dangerous land to find enlightenment.

"Into the Badlands"is set centuries from now, where a feudal society has emerged and the strongest and most brutal rose to wealth and power. This area came to be called the Badlands, and is divided among seven rival Barons who control the resources necessary to daily life and enforce their rule with the aid of loyal armies known as Clippers. Clippers enjoy status and comforts the general population can only dream of, and they are willing to sacrifice their lives in service to their Barons. Few Clippers ever live to see their 30th birthday, but Sunny (Daniel Wu) is no ordinary Clipper. Demonstrating lethal proficiency in martial arts, Sunny rose swiftly through the ranks to become Quinn's (Marton Csokas) Head Clipper and most trusted advisor.

For decades, Quinn has been unchallenged as the Badlands' most powerful Baron, but the territory's newest Baron, The Widow (Emily Beecham), has begun staging brazen attacks on Quinn's transport vehicles and is testing his appetite for a fight. One of those attacks leads Sunny to M.K. (Aramis Knight), a teenage boy who has survived a deadly ambush. Sunny soon comes to understand that the teen harbors a dark secret and has a hefty bounty on his head. As The Widow continues her campaign against Quinn, the destinies of the stoic assassin and the impetuous teenager become intertwined. In their evolution as teacher and student, each will discover his true purpose; together, they will embark on an odyssey that could mean the difference between chaos and enlightenment for everyone in the Badlands.

Season two of "Into the Badlands" finds Sunny and M.K. separated and scattered to the wind, each imprisoned in unlikely places. While M.K. struggles to control his powers, Sunny is determined to fight his way back into the Badlands to find his family or die trying. On their journey, Clipper and Colt are assisted by mysterious, new allies whose motivations may be anything but pure. Meanwhile, The Widow continues to consolidate power against the other Barons, while a dark and mysterious threat prepares to exact revenge on them all. Alliances are struck, friendships betrayed, and by season's end, Sunny and M.K.'s lives will be forever altered with devastating consequences.

Season three of "Into the Badlands" finds Sunny (Daniel Wu of Tomb Raider) living off the grid, doing his best to provide for his infant son, Henry, in the wake of Veil's death. It is only when Henry contracts a mysterious illness that Sunny must join forces with Bajie (Nick Frost of Shaun of the Dead) and journey back into the Badlands, where The Widow (Emily Beecham of Daphne) and Baron Chau (Eleanor Matsuura of Wonder Woman) are entrenched in a drawn-out war that has destabilized the entire region. No longer supported by Tilda (Ally Ioannides of Parenthood) or Waldo (Stephen Lang of Avatar), The Widow must find new allies in Lydia (Orla Brady of Fringe) and in Nathaniel Moon (Sherman Augustus of Westworld) - the former regent who lost his hand to Sunny and Bajie in Season two. But when a mysterious nomadic leader called Pilgrim (Babou Ceesay of Guerilla) arrives in the Badlands on a mission to restore Azra and usher in a new era of "peace," old enemies must band together to defend the Badlands.

Into the Badlands Video Gallery

Into the Badlands Season 3B (Teaser 'Darkness Rises') 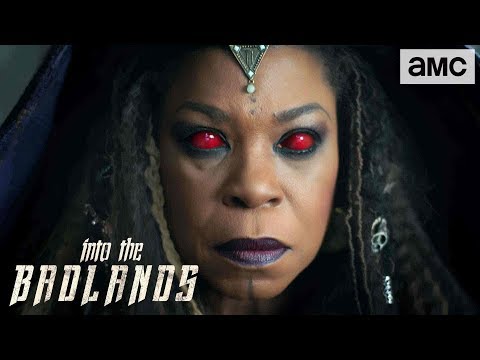 Into the Badlands Season 3B (Promo 'The Last War') 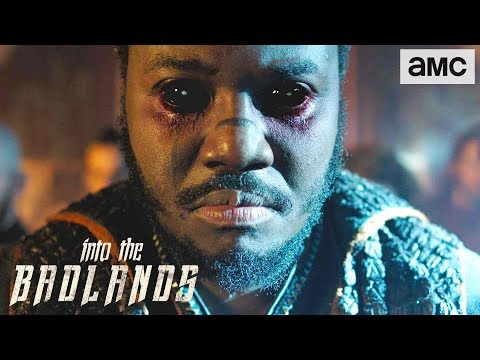 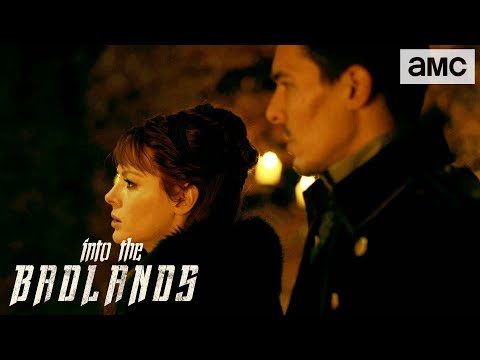