"In Plain Sight" is an all-new crime drama from USA Network starring Mary McCormack as Mary Shannon, a U.S. Marshal attached to the highly secretive Federal Witness Protection Program (WITSEC). While Mary loves her job, she knows better than anyone that it's not easy leading a double life-especially since getting shot at on a regular basis is all in a day's work.

Mary Shannon, who is based in the greater Albuquerque/Santa Fe area, protects and manages relocated Federal Witnesses who come from all over the country. The witnesses under her care can be anything from career criminals, congenital liars, thieves and murderers to those who have had the misfortune of witnessing or falling victim to a crime. For the innocents, testifying means leaving behind everything and everyone they know, cutting off all contact, changing identities and relocating to the unfamiliar southwest to build a new life as the reward for their good deed. But no matter what walk of life-or what side of the law-these people come from, they all have one thing in common: Someone wants them dead.

Luckily, Mary doesn't have to bear the burden of this huge responsibility alone. Along with her partner, Marshall Mann (Fred Weller) who couldn't be more her polar opposite, Mary helps her witnesses establish new lives-with varying degrees of success or satisfaction on the witnesses' part-while protecting them from a myriad of threats ranging from people seeking revenge or trying to thwart the course of justice to the traumas of everyday life. While Mary and Marshall spend a good portion of their time bantering and disagreeing about most things, they make a great team that always gets the job done.

Even with all the risk and stress inherent in Mary's job, she sometimes finds it easier to be working than dealing with her personal life, which is already complicated by the fact that her family and friends can't know the true nature of her work for the safety of everyone involved. Keeping a false front isn't exactly a cakewalk when her co-dependant mother, Jinx (Lesley Ann Warren) and equally co-dependant younger sister, Brandi (Nichole Hiltz), are living under her roof. Jinx has never held down a job and is rarely ever seen without a drink in her hand. Brandi is slightly more ambitious. Unfortunately, the driving ambition that brought her to Albuquerque was the desire to sell a suitcase full of crystal meth for her mysterious boyfriend, Chuck. But Mary's on-again off-again boyfriend, Raphael Ramirez (Cristian de la Fuente), gets the rawest deal of all because after Mary's job and family, there's not too much left of her to go around-or at least, that's the trump card Mary relies on whenever Raph tries to get too close. 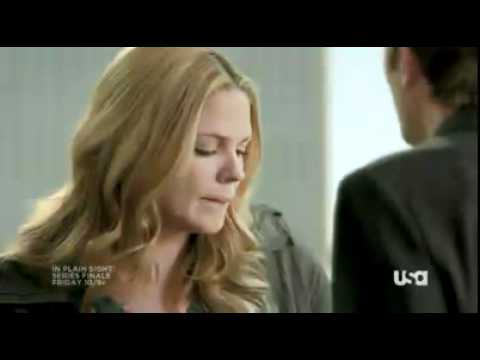