Fact or Faked: Paranormal Files revolutionizes paranormal programming by investigating the evidence witnesses post on the Internet every day. Have you ever seen a photo or video online and wondered, "Is this real?" This is the show that will answer that question.

Heading up the Fact or Faked: Paranormal Files team is Ben Hansen, a former FBI agent with a life-long fascination with the paranormal. Now, having left the agency, he leads a young team of intrepid investigators who will convene to dissect the latest unusual images and decide whether they merit further investigation. Grainy videos will be brought to life as the team conducts thorough and elaborate experiments in an attempt to recreate the phenomena, and Ben will make the final choice which cases will require a trip into the field.

Once an investigation is underway, the team will talk to witnesses, carry out experiments using the latest in high tech detection devices, collect physical samples, and determine whether a case should be debunked, or whether it's a baffling paranormal mystery that might even put the team in danger. It's all in a day's work for the dogged investigators of Fact or Faked: Paranormal Files. 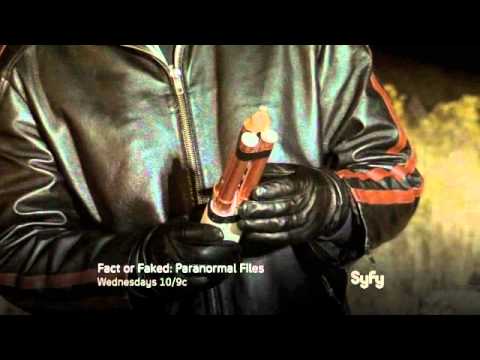