A nervous Gary meets with Dan and Amy at a local arts and crafts center. He's been tasked by Ben with convincing the duo to lobby against the Families First bill on behalf of the administration. Dan and Amy agree to do it -- not out of loyalty to Selina, but for money.

With 10 hours until the vote, Kent and Bill Ericsson brief a very ill Selina on how the "lose the vote" efforts are going. It's essential that the bill fails if Selina wants a chance at winning the election. As Ericsson explains to Mike, they're still publicly campaigning for yes votes -- they're just sending the worst possible people to do it. Meanwhile, some of those very people -- specifically Jonah and Richard -- work to convince Congressman Moyes to help pass the bill. As Bill and Kent planned, their ineptitude effectively dissuades Moyes from voting yes.

Mike introduces Selina to a voice memo app, which she begins to use incessantly, ordering Sue to set up office outside her bedroom and Gary to get her some hot water and lemon.

Later, unbeknownst to Bill and Kent, Dan and Amy (who are working for Ben) also meet with Congressman Moyes this time to convince him to vote against Families First. When he notices that they're using the same kind of folder of facts and numbers as Jonah and Richard, he becomes suspicious. "I think I've just reboarded the vote yes express," he tells them.

In preparation for the Vice Presidential debate, Tom James mock debates with Governor Ramos. Selina watches the debate from an iPad on a stand, sending voice memos that consistently interrupt Tom, drawing his ire. She flips out when she gets word that Moyes is now voting yes on Families First, after initially hearing that he was a no. Away from the President, Tom confronts Ben about the massive screw-up; apparently Ben and Kent prepared lists of contacts for Amy and Dan and Jonah and Richard without checking if there was overlap.

Ben, Kent, Ericsson, Mike and Gary go to discuss Moyes with Selina but discover she's fallen asleep during her meeting with the Joint Chiefs. Tom walks in as Ben chastises Gary for agreeing to pay Amy and Dan. "Now we're going to have to divert funds from the campaign and that's fraud, and then we're going to have to destroy the evidence and that's conspiracy to commit fraud," he says. Tom turns to leave, but Ben forces him to return, insisting that if he's going down, Tom should, too. "Join the circle-jerk," Ben tells him. "Grab a dick." Selina wakes up in the middle of this revelation, but before she can muster the will to yell at everyone for implicating her, Kent informs her that the future of the bill now rests on one vote – that of Congressman Owen Pierce.  "My future depends on that dumb f**king elf?" Selina asks.

Meanwhile, Richard and Jonah are already working Congressman Pierce, who is in the hospital visiting his mother. Pleased that the President asked for his help specifically, Pierce agrees to vote yes. Dan and Amy arrive and attempt to persuade Pierce to vote no. While the others argue over Pierce's decision, Amy spots the congressman quietly escaping and follows him in her car. After realizing that Amy and Pierce are gone, Jonah, Richard and Dan run to Jonah's Cube. Dan jumps in the car, refusing to let them leave without him. "You colossal f**king fanny pack, you don’t get it, do you?" Dan tells an indignant Jonah, who demands he get out. "They only sent you because they knew that you would f**k it up!"

Ben informs Selina that they've lost Pierce: "I'm sorry, we should have hired Navy Seals instead of those two actual seals." Mike reveals that Moyes has accused the administration of hiring lobbyists to kill the Families First bill. While everyone argues over the disaster that they've created, Tom loses it, calling them parasites and "an infestation of mediocrity." He tears into Ericsson, Mike and Kent for thinking only of themselves. "I don't care if you're a 1950's radio broadcaster, a Fozzy Bear that's been ripped up to smuggle heroin, a Nazi doctor," he rages. "This is not about serving yourselves, this is about serving the President, so let's do that, shall we?"

After locating Pierce at a nearby bookstore, Amy and the others deliver the congressman to Ericsson, who refuses to let them into the White House for fear of blowing their cover. In exchange for a no vote, Tom and Selina offer to make him an ambassador to any city he wants, though Selina refuses him Paris. Pierce agrees to vote no on the bill, but wants to know his posting before he leaves. Selina has fallen asleep, but Gary pretends she's just lost her voice and assigns him Paris.

That night, Selina and her staff watch the Families First vote on C-Span. Pierce votes no, and Selina admits to feeling ambivalent about the outcome. "I won by not winning," she says. "I don't know how I feel, apart from, like, having a raccoon take a shit in my head." After she leaves to make a televised statement, Mike reveals to the others that Moyes has threatened an investigation into the vote.

Selina addresses the nation with nasally, congested vocals before collapsing back into bed. Later, Ben reviews voice memos from Selina, one of which asks whether Moyes' questioning will lead to an investigation. "I f**king hope not", he says. Cut to : a montage of Selina's current and former employees being sworn in before giving testimony. 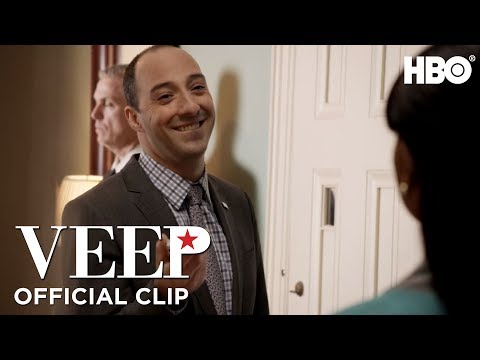 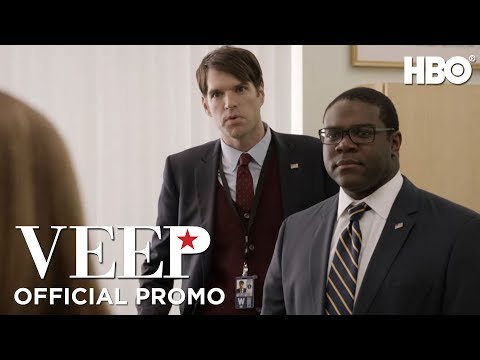