With the budget deal stalled and a subsequent government shutdown, Selina is forced to furlough some of her staff. Sue and Dan are the first to go, and within minutes Sue books an all-day spa package and Dan is on the phone networking.

"This is the problem with high definition - you don't want to see a dick in high-def." - Selina

On TV, Danny Chung renounces the shutdown and his party. Highlighting the garbage piling up as a result, he calls on his colleagues to "cut a deal and vanquish the stench."

Acting as Sue, Gary informs Selina he hired a private company to remove the trash piling up at her residence. Selina freaks out, worried that someone could go through her trash and "put it up on the Internet." She sends him to retrieve it, revealing its incriminating contents in secret.

"Why don't you offer to blow him over by the recycled glass? It would throw up some interesting light effects - that would be romantic." - Jonah

In exchange for getting Selina to renew his passport for the G8 convention, Gary gets Jonah to aid in retrieving Selina's trash. The waste facility's manager wants to know what he gets in exchange for her garbage - which is now his. Gary asks for his demands - he wants Selina to come tour the facility, thinking it'd be good for business: "Vice President applauds shit compaction."

"Madam Vice President, greatest respect, it has been the job of the VP over the ages to take it in the ass to save the president." - Ben

Selina meets with Speaker Jim Marwood to end the shutdown, but he refuses to move on the budget deal. He reveals POTUS hung her out to dry in an interview with Politico, saying that Selina tried her best to prevent the shutdown but it was a tough call. Marwood thinks the subtext is that she failed, and is being blamed personally for the shutdown.

Meanwhile, a Minnesota man broke into a state park and was killed by a bear - he died 15 yards away from a ranger's station which was unmanned due to the shutdown. Selina's pissed: "You've gotta be kidding me. Now I'm to blame because some goober got all eaten up by a bear?"

Selina asks Mike to get in touch with the bear widow, on Amy's advice that Chung will be all over it "like a bear on an idiot" otherwise. Mike fails to offer a sympathetic ear - "When I said fault, I meant that it wasn't your husband's fault because...bears are naturally hungry." Selina decides to send Dan, still on furlough, to do some "widow work" in his stead.

Dan has lunch with Sidney Purcell who orders the most expensive items on the menu - for each of them - since it's on Dan's tab. He coerces Dan into revealing crippling information about everyone in the VP's office in exchange for a job, but then reveals there isn't one. "Why don't you take your little vanilla thriller dance over to Danny Chung? He's the shiny turd rising to the top of the bowl right now. You like turds, don't you Dan?"

Selina meets with Furlong to confront him about what he's leaking to the media. He reminds her that he has boxes and boxes on her, full of "hurty dirt." He suggests he might make a deal to work with Danny Chung - unless Selina would agree to one first.

Dan meets with the bear-widow, and afterwards meets with Chung to suggest it would be a good move for him to talk to her. Chung agrees with Dan that he's underappreciated by Selina and Kent, and tells him while he doesn't have any immediate vacancies, he can see the two of them in six years' time in the Oval Office ordering pizza and an airstrike - "thin crust, extra warheads." As soon as Dan's done with Chung, Selina calls to unfurlough him: "I need you back. To the bastardmobile!"

"Well, the newspapers are suggesting that I'm responsible for the grisly death of some idiot, but I'm on my way to a garbage dump, so that's a positive, right?" - Selina

Dan confronts Amy about Selina's downward spiral and she agrees, revealing Selina made a deal with Furlong and is semi-dependent on anti-depressants on top of everything else.

Wanting to rehab her poor public image, Selina asks Amy and Dan to get her on TV. Dan tricks her into agreeing to go on First Response with Janet Ryland, which Amy tries to prevent, knowing if Selina fails, "it could be the end to this whole adventure."

Later, Chung and Selina appear in simultaneous broadcasts - he with the bear widow, she at the waste facility as arranged earlier. Amy and Dan watch them side by side - Amy thinking things don't look too good; Dan disagreeing. "It depends on which channel you're watching." 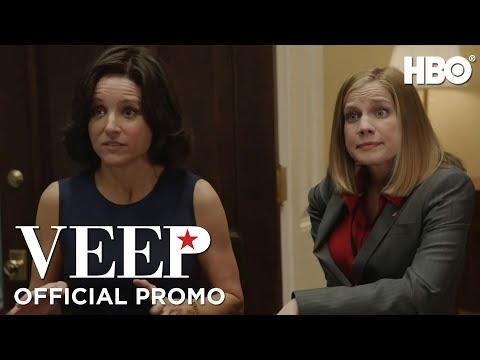