"Sometimes you have to go down to go up." - Minnesota Governor Danny Chung

Amy and Dan spend their Friday lunch networking at war hero Gov. Danny Chung's book launch. Chung asks his fellow "Danny" to step down the ladder and work for him - then signs a copy of his memoir "The Good Fight" for Amy to take back to the Vice President. The cantankerous Sen. Doyle, still fuming over the Veep appointing two oil guys to the Clean Jobs Task Force, vows to withdraw from Selina's filibuster reform project.

At her office, the Veep preps for her Sunday morning appearance on Meet the Press.' Besides clean jobs and filibuster reform, Mike suggests the "normal people" small-talk will be about football. Selina's team is the Baltimore Ravens but she barely remembers the quarterback's name and... well, that's about it.

"He doesn't think he's some sort of a credible Vice Presidential candidate?" - Selina

Amy delivers Chung's inscribed book. He's misspelled "Salina" and, reading between the lines, the Veep understands he wishes to step into her shoes. Unnerved by the Governor's ambition, the Veep frets the President might ditch her for Chung. Flunky Scott will create a background file on the charismatic soldier-turned-politician.

At the end of the day, POTUS aid Jonah barges in with a new directive for Selina's Meet the Press' interview: Instead of filibuster reform, she is to discuss immigration reform and pump up China as trade partner.

Early Sunday, a skeeved-out Amy and Gary wait downstairs as Selina excitedly exchanges morning-after sex banter with her secret lover before heading over to the Meet the Press' studio.

Scott's research finds that Gov. Chung was born in China, making him ineligible to be POTUS or Veep. On air, Sam Finnegan fills in as host, and Selina nails the interview and even manages to mention filibuster reform. But she fumbles the football exchange, then really stumbles when, off-air but with the mic still live, she declares Danny Chung isn't really an American, much less capable of being President. The Veep team immediately goes on the defensive.

Back at the Veep office, it's all hands on deck, as a panicking Selina gets some great news from Jonah: A construction crane has collapsed onto a ship in Portsmouth, Virginia, and a too-busy President wants her at the hospital. Thankfully, the White House appears to be unaware of her mic gaffe.

t the hospital, a cheery Veep does a photo op with the survivors. But all hell breaks loose when the hospital TVs broadcast Selina's mic gaffe, and the people celebrate her hard line on immigration: "This is the White House, not the Yellow House." With chants of "USA, USA, USA" behind her, a contrite Selina telephones Chung, but her clarification ends abruptly when Gary seat-buckles her flesh on the ride back to the office.

unday only gets worse, when Sen. Doyle withdraws his filibuster support. The only way to save the Veep's pet project is to get the anti-immigration and pro-Caucasian caucus led by Arizona Sen. Bill O'Brian to replace Doyle's defection.

Gov. Chung goes on TV. Not only was the purple-heart recipient born in the States (to fully-naturalized citizens,) his heart beats "red, white and blue."

Going Down on the Border Fence

Over dinner, Dan and Amy meet with finger-lickin' Sen. O'Brian and his Chief of Staff, Jack. Dan mocks the Senator's dream of protecting the country from the "bean eaters" with a 3,000-mile fence. Ironically, to make the massive construction project affordable would require employing cheap immigrant labor.Â But "sweetheart" Amy goes down the "dark country road," with an obtuse offer to work at "preserving a certain kind of American identity."

"Drill me in my oval office... put the finger on the button and come into my rose garden." - Selina

Back at the office, Scott gets fired, Selina not-so-secretly sets up a bootie call, while a triumphant Amy and Dan have sold their souls to make filibuster reform happen. The long weekend is finally over. 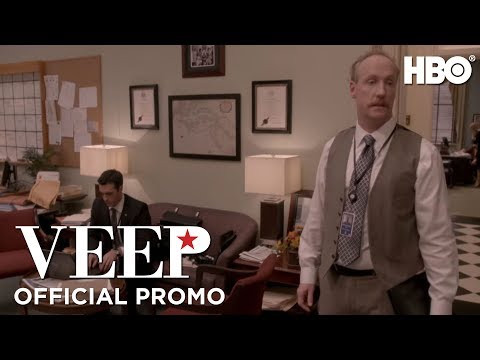