On the plane to New Zealand Aumea tells the boys of an island legend which led to the absence of all lakes, whilst on arrival they are met by Aumea's future husband, the urbane Koringo. He is intrigued by Kyle's story but Kyle recognizes him as an adversary in one of his visions. Next day Budgie is abducted by a biker gang, after the pearls - and Kyle also recalls one of them from a vision. Koringo rescues Budgie, who keeps back three of the pearls and is later pursued and run over, whilst back on the island Maui - Dries's smuggling accomplice - suspects rightly that Lara is an undercover cop who has tipped off the New Zealand police about the pearls and barmaid Tyler is shocked when she reads Calcott's journal. 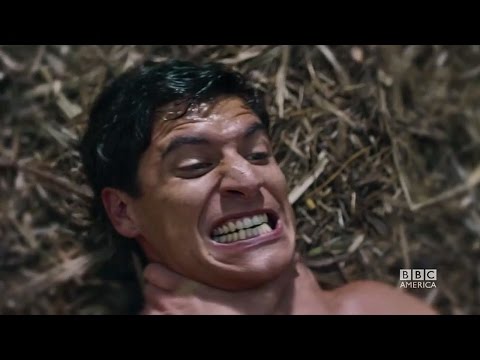