Amy is jealous of Clementine and all the hot girls Ricky is potentially meeting at college. Much to Kathy's dismay Ethan asks her to be his girlfriend and be part of the baby's life. Dylan tells Ben she thinks she should date Henry until Ben can date her again. Ben breaks down and tells the freshman class that high school will be the worst days of their life. Leo realizes he has to address the situation that Ben isn't over Amy and his life still revolves around her.

Adrianne wants to know how Grace and Amy deal with only being with one guy sexually. Amy awkwardly asks George for sex advice and how to keep Ricky interested. Grace has a similar conversation with her mother. Clementine tells Jack how hurt she is that he slept with her and never called. Jack tells Grace he only wants to be with her and he'll do whatever it takes. Leo attempts to apologize to Ben for pushing him to be with Amy. Ethan wonders if Margret will adopt Kathy's baby. George helps Amy's relationship with Ricky by giving Ricky some secret advice to play the jealousy card with Amy.

The Secret Life of the American Teenager 5.08 (Preview) 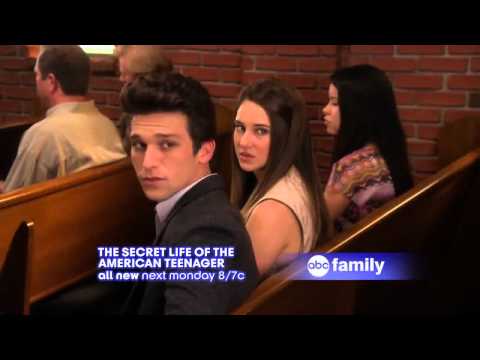