Emma is shocked when she awakens in her car outside an amusement park. Neal is there. This is not a dream. It's a warning. Neal tells Emma to not venture into the Underworld. It's a place for people with unfinished business. Neal knows she won't heed his warning. He kisses her on the head. Then he's gone.

FLASH! Emma awakens with a start. She and the other heroes are in a new version of Storybrooke. The dead walk the streets with the exception of Cruella De Vil, who cruises around in her distinctive car. For this version of Storybrooke is for those with unfinished business like David's brother, James. This is the Underworld.

Regina meets up with Cora, who warns her to leave. Her mother has arranged for a boat to take her home. She shows her the fiery fate she'll receive if she doesn't go back to Storybrooke. If she doesn't leave, her father will suffer.

Gold visits the Underworld version of his shop. He finds Peter Pan, who has the potion he's looking for. He wants to return to the other world. This is possible if he trades places with a living soul. As for the potion, it'll allow the heroes to communicate with Hook. It's the dead Hook, but Hook nonetheless.

A trip to the cemetery resurrects a vision of Hook, but he's unable to tell them where he is. Emma can see he's in pain. She wants Regina to leave on the boat otherwise her father may suffer like Hook is now. Regina pays a visit to her father, who assures her that she is forgiven. He also tells her that she needs to stay to help her friends no matter what happens to him.

In Fairytale Land past, the Evil Queen lets her people know that she wants Snow White's heart on a plate. Her father asks the Magic Mirror to summon Cora, who thinks her daughter should follow through with her plan of revenge. Henry pays a visit to Snow White. Unfortunately, Cora gets there first. She steals Snow White's heart. It's a birthday present for her daughter.

Cora tells her daughter that Snow White will finally die once she crushes her still-beating heart. So, a little birthday heart-crushing ensues. Unfortunately, someone switched the hearts. It was Regina's father. The Evil Queen traps her dad in a box so he won't interfere again. Regina's plan backfires when Cora takes the box with her as she's pulled into a portal by the Magic Mirror.

Back in the underworld, Regina pleads with her mother to not send her father into a fiery fate. Cora isn't swayed. She initiates a swirl of fire. Regina is devastated. Then she sees that her father is okay. A bridge to a better place appears. Henry now knows what his unfinished business was. It was Regina. She's now free of Cora. Regina introduces her father to his grandson. Then it's time for the elder Henry go. Before he does, he tells his daughter to never forget who she really is.

Regina lets the other heroes know that the souls of the Underworld have unfinished business and much of it may be with them. Henry dubs their new mission Operation: Firebird. It's a mission they'll have to embark on without Gold.

Cora takes an elevator down, way down, to meet with a well-dressed man in his lair. This powerful figure doesn't like to lose souls. He punishes Cora for her incompetence with Henry by turning her back into a miller's daughter for eternity. We're not yet told who this man is, but the fuming mass surrounding his skull gives us a pretty good hint. 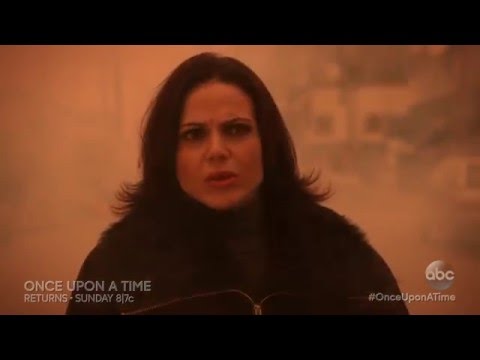 Once Upon a Time 5.12 (Clip 'Underworld Granny's Is Full Of Surprises') 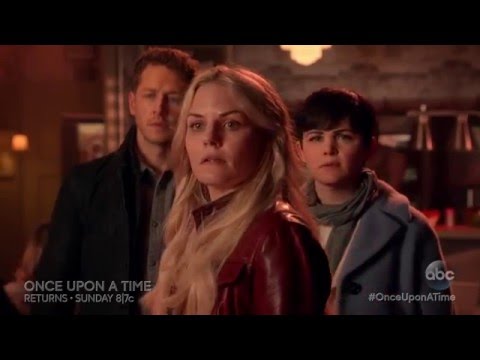 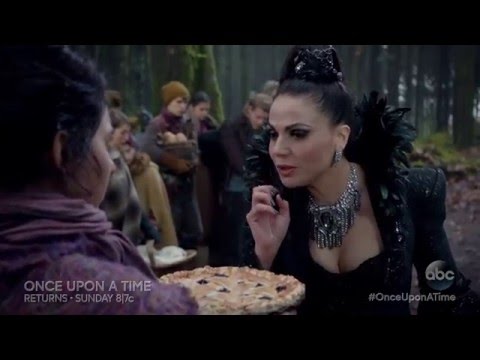 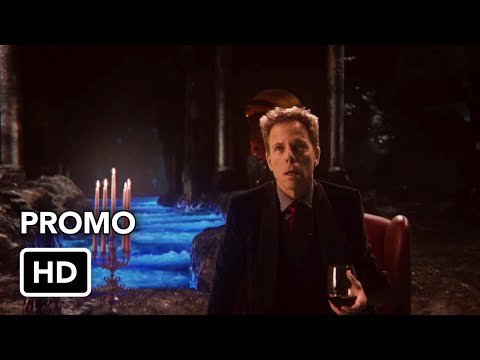