King Arthur makes a run for it upon being confronted about his deception. Hook gives chase, but ends up staring down at the wrong end of a sword. Arthur is about to strike a death blow until Emma steps in to block his steel with Excalibur. Hook demands to know why she needs the legendary sword. The answer is an unexpected one. Emma claims that everything she's doing is for him.

Hook realizes he must uncover what happened between he and Emma in Camelot before his memory was erased. He turns to Mr. Gold for help. The advice he gets is to find out what she's atoning for. Hook jumps off a building knowing that Emma will save him. She does. Hook explains that the ring he gave her is a reminder of the saddest story from his past. He is willing to forgive her no matter what she's done.

Three weeks earlier in Camelot, Merlin delivers a message to Emma. He says Arthur wants the dagger and the Flame of Prometheus in exchange for the lives of her family. Emma is taunted by the Rumplestiltskin in her head. She snaps out of it when Henry reveals the details of Operation Light Swan. It's all about how Hook was looking for the perfect house for them to live in back in Storybrooke. This has Emma realizing she needs to use the darkness one more time.

Emma arrives at the site where Arthur is holding her friends and family hostage. Zelena is there looking for a fight. She wonders what the Dark One will do now. Jumping back to Storybrooke, Zelena suddenly has a full baby belly even though she's only a few months pregnant. She's rushed off to receive medical help from Dr. Whale, who still has bad memories of the last time he encountered Zelena. As for the baby, Emma will be coming for it. She needs the cries of a newborn for her plan.

In Storybrooke, Emma reveals that the house she's living in is the one that Hook picked out for them in Camelot. It represents their future together. Emma is fighting for that now, but she can't yet reveal how. She knocks Hook unconscious.

In Camelot, Emma is able to neutralize Zelena. However, she has her hands full with Merlin, who is ordered to kill Mary Margaret. Emma pleads with him to fight the darkness. Merlin somehow manages to do just that. Mary Margaret's life is spared. Hook overcomes Arthur, who escapes with Zelena. Excalibur is left behind, but not before leaving a small wound on Hook's neck. Emma quickly heals it. Now all she has to do is light the spark for the Flame of Prometheus.

Regina takes the dagger to order Emma to reveal why she's clinging to the darkness. The other heroes arrive to put a stop to what's happening. In Storybrooke, Zelena delivers a baby girl after an accelerated pregnancy. Cries are heard through the halls. Emma arrives, but doesn't want the baby. She disappears with Zelena, who is then chained in Emma's basement. Hook is there, too. She plans to cut down Zelena after using her as the vessel to hold the darkness.

Back in Camelot, Emma tells Hook that she's afraid of their future together. The minute the darkness is taken away is when that future begins. The two of them share a kiss. The spark ignites for the Flame of Prometheus. In Storybrooke, Hook frees Zelena from her bindings and restores her magic. The two of them escape. Zelena flees the house, but Hook stays behind. He finds some squid ink to neutralize Emma. Zelena returns to show Hook what happened between them in Camelot.

In Camelot, Emma ignites the Flame of Prometheus. When she tries to forge the dagger with Excalibur, Hook starts bleeding from the neck. He collapses to the ground. A wound made by Excalibur can't be healed. Hook is dying. Emma knows of a way to save him. Her plan could create another Dark One.

Hook pleads for Emma to let him go. She can't. She uses the dagger to remove the darkness from Merlin and tether it to Hook, who becomes a second Dark One. Zelena wants to reveal what else happened in Camelot. Hook wants to know, but first they need to take care of Emma. 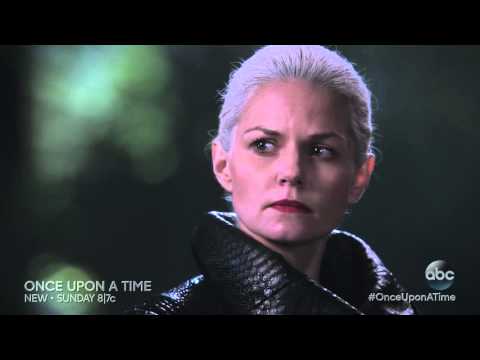 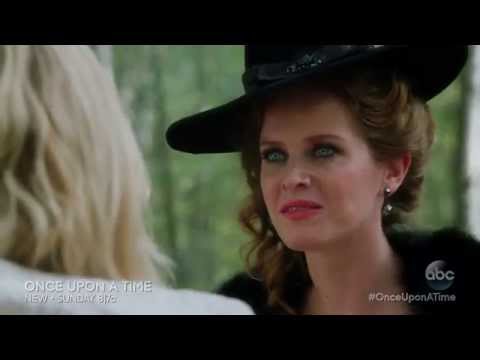 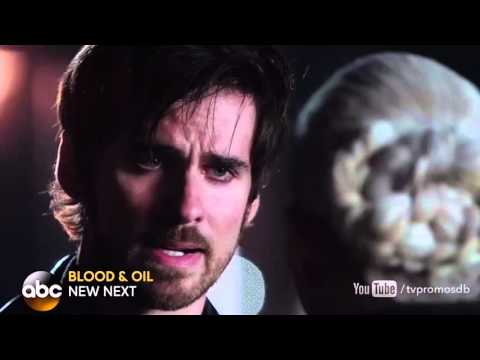