In the past, David, Hook, Belle and Merlin break into Arthur's castle. They free Lancelot and Merida. The latter is desperate to rescue her brothers. She knocks Belle unconscious. She needs her help to find her brothers. A short time later, they are both off the Shores of Dunbroch. A witch's cauldron is used to locate Merida's brothers. They are set to be executed at day's end. Merida wants Belle to help change fate. The potion they need will change her into a bear.

Belle tries to convince Merida that she can make her own fate. Her argument doesn't fly. Merida believes she was unable to save her father from being killed in the past. It's what led the clans to believe that she couldn't lead. Merida approaches the men who are holding her brothers captive. She drinks the potion, but nothing happens. That's because Belle switched it with water. She knows she can save her brothers on her own.

Three arrows are fired at Merida's brothers. Their deaths are imminent. Merida fires her own arrow. It sails through the airing piercing all three of the other arrows. Merida pulls out her sword. She demands that her brothers be released. This order is followed. Everyone bows down to Merida, their queen. A royal family is finally reunited. Belle says goodbye to Merida hoping their paths will cross again.

In Storybrooke, Mr. Gold asks for forgiveness from Baelfire before smashing the chipped teacup. He uses the broken pieces to break free from his bindings. Emma realizes Gold is willing to fight for Belle, so she orders Merida to kill her. When no one jumps onboard with Belle's plan to help Rumplestiltskin, she sets off on her own to find him. Rumple ends up finding her. He thanks Belle for saving him while he was in a coma. He heard her voice and it kept him alive. Rumple realizes Merida is now coming after Belle.

Merida tracks Gold to his shop. She shoots an arrow that barely misses Belle, who manages to knock Merida unconscious. Gold grabs something from his shop that he believes will keep them safe. It's transformation powder. He wants to use it to leave Storybrooke. That's not something Belle is willing to do. Running never made anyone a hero. Gold tells her the true story of why he broke his leg in the past. It wasn't to get back to his son. It was because he was scared. He's a coward and that's never going to change.

Belle can't go along with Gold's plan. She heads back to Storybrooke. She runs into Merida, who is forced by Emma to drink a potion that turns her into a bear. Belle pleads with Merida, but it's not working. The bear raises its claw. Gold hits the beast with a rock. He makes the bear chase him before tossing the transformation powder into its mouth. Moments later, the bear is gone and Merida has taken its place.

Emma breaks Zelena out of prison. She presents her with some much-desired onion rings before showing her the Apprentice's wand. Emma wants to make a deal for some help. Zelena isn't interested. So she's promptly sent back to her cell.

In 1989 Minneapolis, a young Emma Swan swipes a box of candy at the movies. An usher, who happens to know her name, warns her that bad things happen whenever you do something you're not supposed to do. One day, Emma will have the opportunity to remove Excalibur from its stone. This is not something she should do. She should leave the sword alone. The usher is gone suddenly leaving a frightened and confused Emma behind. This memory was first shown in the Season 5 Premiere "The Dark Swan."

Emma realizes that Merlin was the usher she met all those years ago. She recalls the warning he gave her. She is to leave Excalibur alone. The fate of everyone she knows depends upon it. In the cavern where the sword sits in the stone, Gold offers Emma a deal. He'll pull Excalibur in exchange for Merida's heart. Gold tells Belle that he's sorry for all that he's done before grabbing the sword. He then removes Excalibur from the stone. He tosses it Emma's feet. Gold reveals that her only mistake was turning him into a hero.

Only Arthur can use the Crimson Crown to contact Merlin. Instead of throwing it into the bubbling cauldron, he tosses it into the fire. Arthur tells the others that their plan failed. The heroes realize that Arthur lied to them. They need someone else to communicate with Merlin. The only one who can do it is the Author. The only one who can do it is Henry. A message from Merlin reveals that their only hope is someone named Nimue. Then the wizard disappears leaving everyone to wonder what Emma did with him. 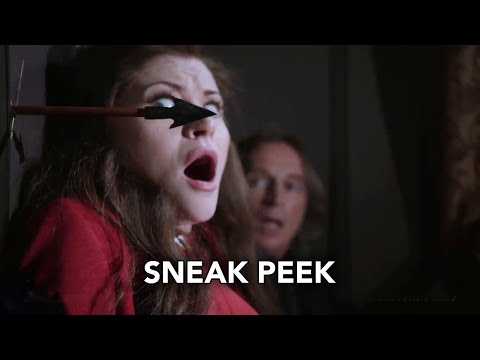 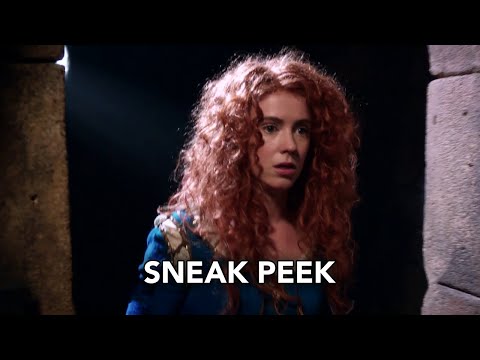 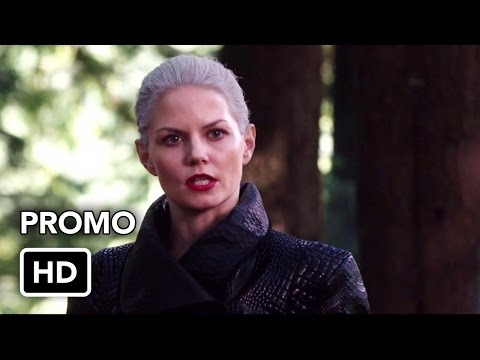