In Fairy Tale Land past, Robin was in need of money to pay his taxes to Nottingham. Rumplestiltskin shows up to offer him a deal. He wants him to steal the Elixir of the Wounded Heart. It's found in a land called Oz. Robin makes a deal with Will Scarlet to split the potion. The Wicked Witch catches him trying to steal from her. Incredibly, Robin escapes. He lies to Will about having been able to get the elixir. What Robin doesn't realize is that Will knows he's being untruthful and secretly steals the potion.

Robin has no money to give when the Sheriff of Nottingham arrives to collect on the taxes. Instead, he and his team of armed men take the gold coins carried by the corrupt visitors. The gold is then distributed to the common people of the land. Marian lets her true love know that Robin of Locksley will now be a walking target. That's fine. From now on, he'll be known as Robin Hood.

As for the deal Robin failed to keep with Rumplestiltskin, he feels the six-leaf clover he swiped from Oz will save him. It can transform you into anyone you want to be. Robin hopes to continue to steal from those who have too much to give to those who have too little. Marian vows to stay with him despite this dangerous life he's chosen.

In present day Storybrooke, the Author and Regina are held prisoner by Gold. He tells the Author that he is going to write him a whole bunch of happy endings. As for Regina, she's told to give Robin Hood a call. Nine weeks ago, Robin and his family get a rude welcoming in New York when a thief steals his wife's purse. Robin chases down the thief giving him a lecture on honor. A short time later, Gold shows up at their apartment. He collapses to the floor. The doctors say it was a heart attack. Gold thinks his ailment is a result of all the dark deeds he's done. He wants Robin to get him an elixir that actually exists in this non-magical world.

Robin breaks into a place dubbed the Wizard of Oak. He finds the potion making a hasty escape. He turns over the vile of liquid to Gold. What neither of them realizes is that Marian switched the potion with some harmless cold and flu medicine. Actually, it isn't Marian at all. It's Zelena. She never died back in that prison cell. In truth, she followed Emma back through the portal and assumed Marian's identity after killing her.

Gold has another medical emergency. He pulls through, but is helpless to do anything. Zelena reveals her plan to find the Author to get her own happy ending. If Gold helps her, she'll give him the potion to cure his heart. Later, Robin is asked by Marian/Zelena to decide who he wants to be with-her or Regina. He chooses her and promptly deletes Regina's number from his phone.

Back in the present day, Regina makes the call to Robin. She's stunned with Zelena is on the other end of the line. Regina is crushed to learn that her wicked sis is living happily with her true love. Gold threatens Regina. He'll give the word to have Zelena kill Robin unless she helps him turn Emma towards darkness. 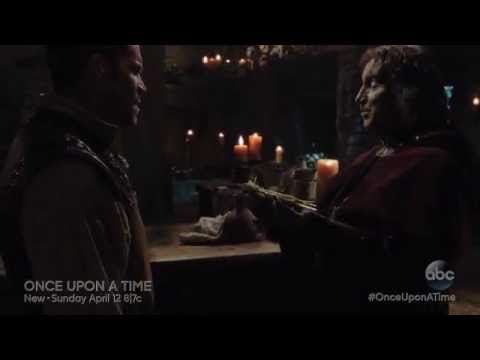 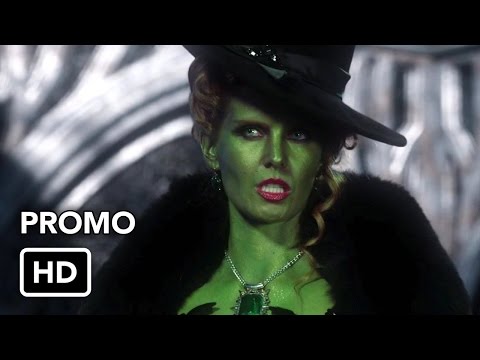