A long time ago in Arendelle, the Snow Queen/Ingrid buries the container that holds the magic hat. In the Enchanted Forest, she approaches the Sorcerer's Apprentice. She wants to speak with his boss. She desires happiness. She wants a new perfect sister to join her and her niece, Elsa, as her new family.

In present day Storybrooke, Emma can't control her powers. This becomes evident when she accidentally hurts Henry. The Snow Queen says the only way this can end for her is if she embraces who she is. Emma turns to Mr. Gold, who claims an ancient spell would take away her magic forever. Plans are made to meet at an abandoned manor. Later, Gold traps the Snow Queen using remnants from the urn. It's a temporary thing, but it'll give him enough time to execute his plan of betraying Emma.

Regina and Robin Hood are happy after having spent the night together, but they must keep their coupling a secret. The subject of the storybook comes up. Robin Hood wants to help in her search for the author. Will tells him that there's a library underneath the clock tower.

In the past, Ingrid tells Elsa that Anna was planning to use the magic hat on her. That's why she locked her away in the dungeon. Elsa is devastated to hear this-or so it seems. She puts on an act to fool the guards into believing that she's siding with Ingrid in order to break Anna out of her cell. Next on their agenda is finding the magic urn to trap their scary aunt inside it.

While sneaking away, Elsa sees a painting of her parents. She knows they were looking for a way to take her powers away. Anna assures her sister that what matters is that her powers make her special. She wouldn't want her any other way.

In present day Storybrooke, Henry feels as though he can't do anything because he's ordinary. Regina assures him that's not true at all. He has the heart of the truest believer. He's the one who brought everyone together. Regina also assures him that Emma will be okay. After all, she's a hero, and heroes always win.

Everyone is worried about Emma. Elsa swipes the locator spell that Regina provided to find her. As for Hook, he knows that Gold is lying to Emma. He leaves several desperate phone messages to warn her. He reveals how he has been lying to her as well. Hook sees a map indicating where Emma is to meet Gold. The Snow Queen also knows where they are headed. She causes Emma to crash on the way. 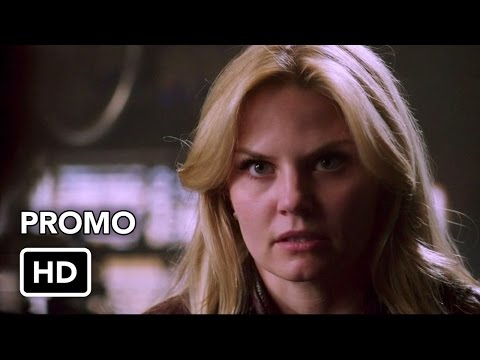