Robin Hood's son convinces his mom and dad to stop off to get a sweet treat. The owner of Any Given Sundae gives an ice cream cone to Marian on the house. She adds a little dash of magic along with the sprinkles. Seeing such a happy family in her parlor warms her heart, or so she says.

Mary Margaret has her first fireside chat as mayor. The main agenda item quickly becomes the ice wall currently surrounding Storybrooke. The townspeople are worried about who created it. David assures everyone that Elsa is a friend. The meeting comes to an abrupt end when Marian faints in Robin Hood's arms.

Regina questions Henry as to who wrote his storybook. She wants to find the author to ask him to write her a happy ending. Henry thinks this is a great idea. They'll keep it a secret. Their mission will be known as “Operation: Mongoose.” The conversation is interrupted by Robin Hood. He needs Regina's help with Marian.

Elsa assures everyone that whatever is making Marian sick is not from her magic. The only way to cure a freezing spell is an act of true love. A kiss from Robin Hood doesn't do any good. Emma heads off with David to find whoever did this to Marian. She orders Hook to watch over Elsa. The townspeople are angry. They are coming after her.

In the woods, Emma comes across a stranger living in a tent. The guy takes off running until David tackles him. The stranger's name is Will Scarlet. He used to be one of Robin Hood's merry men before they had a falling out. Will reveals the strange thing he saw during the blackout. Even with no electricity, all the ice cream remained frozen. Emma and David realize that Will is telling the truth just as he gives them the slip.

In order to convince Emma that he knows nothing about Elsa or her sister, Mr. Gold instructs Belle to use the dagger on him to prove he's telling the truth. Hook realizes that the magical item is a fake. He uses this knowledge to convince Gold to help him discover the identity of the person who cast the freezing curse. Hook and Elsa find her in the woods.

Hook is trapped in a web of ice by this mystery woman. Frozen daggers form above him. The plan is to kill him and have the townspeople blame Elsa. It's part of this icy woman's plan to prove to her that others always turn on people like them. Emma arrives in time to use her magic to help. During all the excitement, the mystery Snow Queen escapes. Emma is shaken, as this stranger knew Elsa and acted as if she knew her, too. The Snow Queen also claimed that Anna is the one who trapped Elsa in the urn.

In Arendelle's past, Elsa is worried about a missing Anna. Kristoff convinces her that the kingdom needs her more than her sister does at the moment. An army led by Prince Hans is headed for Arendelle. Elsa puts the kibosh on Kristoff's desire to go into the mountains to check things out. It doesn't take. Kristoff heads out with Sven. He catches Hans boasting about how he'll soon be king of Arendelle.

Hans is after an urn that has the power to trap those with magic. Elsa is reluctant to destroy it when she sees writings that may help her understand why she is the way she is. Hans and his brothers storm the area. Elsa is forced to hand over the urn, which isn't empty. When Hans opens the lid, a figure emerges. She looks exactly like the owner of Any Given Sundae in Storybrooke. She freezes Hans and sends his brothers running.

Elsa is thrilled that there is someone else like her. This other person claims to be her mother's sister. Elsa says her mom is lost at sea, and now her sister Anna is missing as well. The Snow Queen promises that they will find her together. That's want families do.

In present day Storybrooke, Robin Hood admits that the reason true love's kiss didn't work on Marian is because he's in love with someone else. Regina is pleasantly shocked. She knows Robin must stay with his wife though. She can keep Marian alive by pulling out her heart for safe keeping until they figure out a cure.

Emma reveals to Hook that the reason she's pulling away from him is because everyone she's ever been with is dead. She doesn't want to lose him, too. Hook assures her that he's a survivor. Then he plants a passionate kiss on her in the middle of the street.

Out in the woods, Mr. Gold surprises the Snow Queen. These two know each other. Gold lets the Snow Queen know that it was a good thing that Emma didn't remember her. That doesn't mean it can't happen though. Gold advises the Snow Queen to find some shelter for the night. After all, it's getting a bit frosty in Storybrooke. 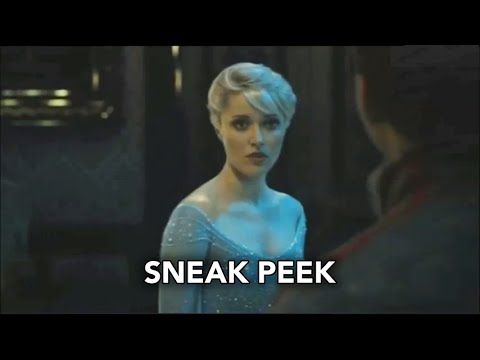 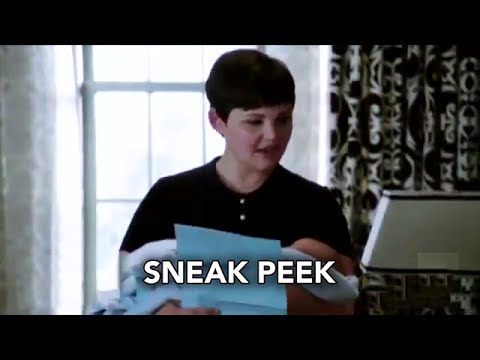 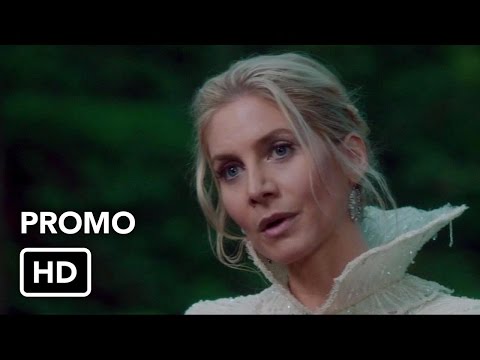