The detectives are called to the crime scene of a police shooting. At their arrival, there are already a slew of media vans circling the abandoned property where a cop lies dead. Stabler is confused as to why Cragen called the SVU in to investigate. Cragen notifies them that one cop is dead and the cop on his way to the hospital is their very own Detective Lake.

Stabler and Benson need to find out who shot the first bullet between Lake and the dead cop, Detective Kralik. They go to Lake for a first-hand account of what happened that night. He tells them he doesn't want to give a statement.

Cragen wants to know details about the other cop involved in the shooting. Kralik used to work with Lake in Brooklyn and there is no record of a feud between the two men. Witnesses just say that they saw them verbally fighting with one another at the lot, but nobody witnessed the shooting.

Munch and Fin get back from Lake's apartment where they find evidence that he's been taking trips to Philadelphia at the same time every month. The detectives are stumped on why Lake would go there. Fin pays Lake a visit in hopes of getting answers, but once again, Lake refuses to talk.

Warner tells the detectives that Kralik died after being shot five times. She declares his death a homicide. All five shots came from Lake's gun. Stabler thinks it is about time to accept that Lake murdered Kralik.

Penelope Fielding comes to the SVU looking for Lake. The detectives want to know who she is and how she knows Lake. She says they met in Philadelphia and they belong to the same organization that investigates cold cases. Stabler and Benson go back to see Lake at the hospital and discover he's gone and now on the run.

Cragen finds out that Penelope teamed up with Lake to help investigate his first case that went cold surrounding the rape and murder of Alisa Hernandez, a 14-year-old girl in Brooklyn. Penelope and Lake had teamed up to re-open the case and Lake had always suspected Kralik of the crime.

Stabler and Benson need to find Lake before he incriminates himself any further. They interview Alisa's father. The detectives then go looking for the girl who was with Alisa the day she was murdered. The detectives are thinking Cecelia Cruz was a victim of rape too, and this is why she never talked to police about Alisa's murder. The detectives discover that Lake has taken Cecelia first and they have no idea where the two are hiding.

After returning to the SVU, Munch informs Benson and Stabler that new evidence points to a possible third shooter at the scene of Kralik's death. Benson now thinks that Lake took Cecelia to protect her from this third shooter who wanted to see Lake dead.

Stabler and Benson pay Kralik's widow a visit and are surprised to see some of the cops from Kralik's precinct already at the apartment. Stabler and Benson quickly realize they are going to get nowhere in their investigation with the guys around.

Stabler is still confused about why Lake didn't trust him or Benson in the first place and didn't go to them with his investigation into Kralik's possible crime. Benson points out that Lake was never given a reason to trust them. Stabler takes defense, but Benson stands by her claim, citing that Stabler traced all of Fin's phone calls earlier, thinking he was helping Lake go into hiding.

Munch lets Benson and Stabler know that Kralik's DNA was found at the crime scene of Lake's cold case. Just then, Cragen informs the SVU that Lake has been spotted at an abandoned warehouse with Cecelia. Fin enters, hoping to talk some sense into his partner. Lake warns Fin to back off.

Fin is able to get Lake to open up, but Lake refuses to turn himself in. Fin asks Lake what happened on the night of the shooting and Lake says he was lured to the abandoned lot with a promise of information about his cold case. When he arrived, bullets started flying. Cecelia tells Fin that she was raped the same night Alisa was murdered. Lake is protecting her and she is ready to tell her story.

Upon investigation, Cragen and Munch find out that Thomas Crane, a cop who used to work with Kralik, has a long history of sexual abuse and assault. Crane now works for the Fugitive Apprehension Team. What they don't know is that Crane is now in sniper position outside the warehouse, ready to take Lake down. Benson and Stabler show up in time to arrest Crane.

Novak charges Crane with the rape and murder of Alisa Hernandez and rape of Cecelia Cruz. Cecelia is Novak's key witness and she tells the jury about the night, years ago, when Kralik and Crane offered the two young girls a ride home. When they got in the police car, the cops took turns raping the young girls. When Alisa wouldn't stop screaming, Crane strangled her. Cecelia only survived when she pleaded for her life.

Crane's defense keeps harping on the fact that Cecilia is an illegal immigrant, hoping the jury will feel less sympathetic towards her. Novak knows this is going to be a hard case to try. It doesn't help when later that night, Warner says the DNA matching Crane to Cecelia and Alisa has been so corroded, a positive match can't be made. Novak is terrified of letting Crane back out on the streets.

Warner testifies the next morning and says that DNA linking Kralik to the crime is undeniable. Warner mentions that even though Crane's DNA is a partial match; Warner still says the chances of him being the second rapist are highly likely. The defense has no questions for Warner, which surprises both her and Novak.

The defense rips Lake's testimony apart on how Kralik and Crane lured Lake to the abandoned lot to kill him. The defense accuses Lake of perjury and suggests a police cover-up, because Lake had knowledge of DNA not matching Crane to begin with. Novak promises the judge and defense she'll have more tests back later that day linking Crane to the crime.

The jury is deadlocked and can't come up with a verdict. Novak polls the jury and a majority of them believe Crane is not guilty. After court, immigration takes Cecelia away and they refuse to tell Novak where. Novak promises Lake she'll re-file the charges and try Crane again.

Back at the SVU, Benson invites Fin to join everybody for a drink, but he says he's more concerned about Lake because he isn't answering his phone. Stabler takes Fin aside and apologizes for not trusting him earlier with Lake's case. Fin lets Stabler know that he may be a good cop but he's a lousy friend and nothing he says will ever change that. He walks out. Stabler and Benson are surprised to see that Fin has applied for a transfer request.

The DA's office lets Novak know that they are refusing to re-file charges against Crane and because of that, he gets to keep his police badge. Judge Donnelly blames Novak for losing the case because she lied to the courts about the lab reports. Novak is now being called before the bar at Donnelly's insistence.

Novak needs to know how much trouble she's facing and Donnelly tells her the penalty is possible suspension for more than a year. Novak wants to know what she should do and Donnelly's only suggestion is "something else." Novak gets a phone call and rushes out of Donnelly's office.

Novak meets the rest of the SVU at the scene of Crane's bloodied dead body. The police are in the middle of arresting Lake for murder. Novak stares Lake down as they put him in handcuffs and in the back of a police car. The rest of the detectives watch in shock. 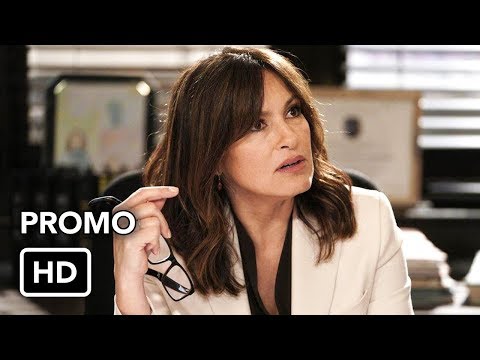